Nigeria’s good fortunes in basketball played out on Wednesday night as eight players with the country’s heritage were picked in America’s National Basketball Association (NBA) Draft for the shortened 2020/21 season due to tip off on December 22.

The Draft earlier scheduled to hold on June 25 was delayed till Wednesday November 18 due to the Covid-19 pandemic outbreak globally.

Out of the eight players, two of them were born in Nigeria with the rest having Nigerian heritage.

After Hakeem Olajuwon (1984) and Michael Olowokandi (1998) who were number one picks in first round drafts, Precious Achiuwa (Miami Heat) became the third Nigerian-born player to be drafted in the first round since 2000. Udoka Azubuike (Utah Jazz) was the 4th in the prestigious list.

The feat on Wednesday night was also the first time that two players born in Nigeria have been picked in the first round of the same draft.

With Nigeria as the only country from the African continent with her male and female basketball teams qualified for the Tokyo Olympic Games next year, the draft of eight players with Nigerian heritage appears a major boost to the emerging force that D’Tigers represents in the game.

Both Daniel Oturu (LA Clippers) and Jordan Nwora (Milwaukee Bucks) were selected in the second round.

Achiuwa and Azubuike qualify automatically to represent Nigeria as they were born in Port Harcourt and Lagos respectively. Nwora has already played for D’Tigers.

The other five players who are listed as Americans because it is the country of their birth, will have to indicate a willingness to switch to Nigeria’s green and white jerseys. Okoro who was selected the highest of them all as he was drafted at Number 5, has already claimed to be “Nigerian” and declared that he is a full blooded African.

Wednesday’s draft was a departure from the past when it was usually dominated by Europeans and Canadians, with a sprinkling of Africans – usually two or three and mostly from Nigeria, Senegal and lately Cameroon

There were no Canadians in the First Round, which was strange given the fact that the Canadians are neighbours to the United States and they have also developed a strong basketball culture. Toronto Raptors, one of the two expansion franchises that opened in Canada in 1995, won the NBA Championship in 2019 – and became the first Franchise outside the United States to win the title. It has a Nigerian, Masai Ujiri as its General Manager.

Just last year, the Women’s Team D’Tigress became the first African Team – Male or Female, to win multiple games at a major tournament, when they played all the way to the Quarter Finals of the FIBA Women’s World Cup.

Speaking on the 2020 NBA Draft yesterday, First Vice President of the Nigeria Basketball Federation (NBBF), Babs Ogunade told THISDAY that it was a big boost for the country ahead of the Olympic Games in Tokyo next year.

“ It is a major boost for us to have these players to pick from. The Olympic camp is going to be very interesting for our technical crew,” stressed Ogunade who is a FIBA Hall of Fame inductee.

The NBBF chief said it was this hindsight of several players from the NBA to pick from that informed why the federation is in search of corporate sponsorship to the tune of $4million to bankroll Nigeria’s preparation and participation at the Tokyo Games.

“We need to harness all these goodness properly. We must prepare our homes to welcome our basketball into a new era. We cannot afford to disappoint Nigeria with these array of stars,” concludes Ogunade.

American Anthony Edwards, who was the overall number one pick on Wednesday for Minnesota Timberwolves paid tribute to his late mother and grandmother.

Both family members died of cancer and the Georgia guard, 19, sat next to paintings of the pair as the announcement was made.

“It’s an indescribable feeling – I can’t even describe it,” Edwards said.

“My family is emotional. I’m sure when I get off of here I’m going to get emotional.”

Edwards stands to earn a four-year contract worth $44.2m under terms of the existing collective bargaining agreement.

Point guard LaMelo Ball, the brother of New Orleans Pelicans point guard Lonzo, was the third pick selected by the Charlotte Hornets. LaMelo, 19, and 2017 second pick Lonzo, 23, are the first brothers selected in the top five of the NBA draft.

Wednesday’s event was conducted at ESPN headquarters in Connecticut and held via video calls.

What The Nigerians Are Saying

“It feels great to be the first Nigerian in this draft to be drafted. It’s also just a blessing. My mom always tells me to keep that Nigerian pride. Even though I wasn’t born in Nigeria, I still got Nigerian blood. So it’s just having that on my shoulders.”

“First I want to thank God. I want to thank God for putting me in this type of position where I’m playing for a great organization and able to represent not just myself but where I’m from, my whole country behind me, my whole city. And to play for an organization like the Heat is going to be amazing. I can’t wait to be able to get out there and compete with the rest of my teammates.”

“For me, I’ve just been working hard and keeping my head down. Not listening to the people talking about projections. A lot of people had me in the second round, but I wasn’t concerned about that. I know what I bring to the table. I know what I can bring to a team. I know whatever team drafted me, I’m going to have to go there and have to prove myself and work hard.” 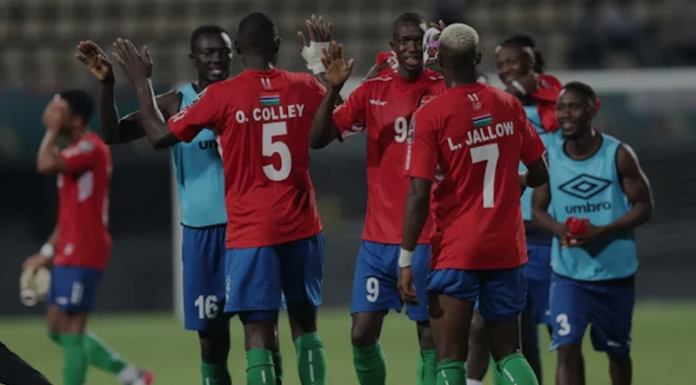