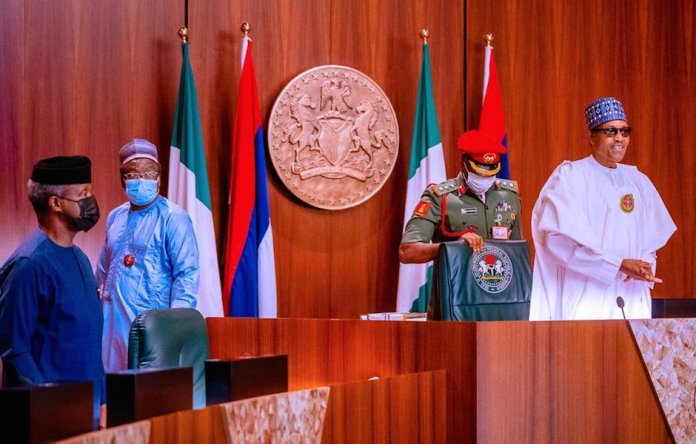 The Federal Executive Council (FEC) yesterday approved the Finance Bill 2020 conceived to enhance incremental changes in the nation’s tax laws but assured Nigerians that there would be no fresh levy.

Briefing reporters at the end of the FEC meeting in the State House, Abuja, the Minister of Finance, Budget and National Planning, Mrs. Zainab Ahmed, explained that the bill was not conceived to increase taxes as tax rates and the 7.2 per cent value added tax (VAT) remain the same.

According to her, the objectives of the bill include improving extant tax laws as well as reducing other forms of taxation, especially for small and medium enterprises (SMEs).

She added that the bill will tow the pattern of previous finance bills, which reduced taxes, particularly for small and medium enterprises.

She said its passage would also ensure the removal of two per cent education tax being paid by smallest businesses despite zero payment of company income tax.

Ahmed explained that the bill seeks to make incremental changes to tax laws in relation to customs and excise and other extant fiscal laws to support the implementation of the Appropriation Act.

She added that when President Muhammadu Buhari presented the 2021 budget to the National Assembly, he promised to send the 2020 Finance Bill that will support the budget proposals to the lawmakers.

She added that the federal government is currently working on implementing fiscal reforms in accordance with what she described as the multi-year Medium Term Expenditure Framework (MTEF).

She also expressed optimism that the finance bill will herald certain reforms on an incremental basis.

She said: “So, this finance bill for 2020 was developed as a result of a very large multi-stakeholder effort under Fiscal Policy Reform Committee that has several ministries, departments and agencies as members but also the private sector, experienced tax practitioners and academics.

“During the process, we received a lot of suggestions from different stakeholders but we had to limit what we could take because we are bound by three principles – to adopt appropriate counter fiscal measures to manage the economic slowdown; incrementally reforming the fiscal incentive policies of the government and ensuring closer coordination between the monetary trade as well as fiscal authorities.

“A few of the provisions of the 2020 Finance Bill, the broad principle, is to consider how we will have adequate macroeconomic strategies to attract investments, to be able to grow the economy on a sustainable basis but also to create jobs as the immediate fiscal strategies to put in place accelerated domestic revenue mobilisation in response to COVID-19 pandemic and the recent decline in the economy.

“Some highlights of these provisions include amendments that we have had to provide incremental changes to tax laws. These amendments include providing fiscal relief for corporate taxpayers, for instance by reducing the applicable minimum tax rate for two consecutive years. So, from 0.5 per cent to 0.25 per cent.

“These reforms will commence and will also be closely followed by the cessation rules for small businesses as well as providing incentives for mass transits by reducing import duties and the levies for large tractors, buses and other motor vehicles. The reason for us is to reduce the cost of transportation which is a major driver of inflation especially food production.”

Ahmed listed other measures to create what she described as a legal instrument that will support crisis intervention fund evolved to cushion the effect of COVID-19.

She also said the federal government was amending the Fiscal Responsibility Act “to enhance fiscal efficiencies and also to control the cost revenue ratios of government-owned enterprises so that we will be able to realise more operating surpluses from these enterprises.

She added: “There are a lot of provisions in this bill. We will be publishing the summary of the draft bill on our various websites the moment Mr. President conveys the bill to the parliament so that we get inputs from the citizens as the parliament undertakes its own review processes.”

Also at the briefing, the Minister of Health, Dr. Osagie Ehanire, said the National Centre for Disease Control (NCDC) was probing the outbreak of diseases in some parts of the country.

He, however, said the outcome of the investigations into the outbreak recorded in Enugu and Delta States so far, showed that the disease is Yellow Fever, adding that vaccination is ongoing in the affected areas.

“Yes, there was an outbreak that started in Delta and was found in Enugu and then, two other states, making it a total of four states. The analysis we have done so far shows it is Yellow Fever. So, the response has been going on from NCDC. Vaccination is going on in all these areas,” he added.

The Minister of Works and Housing, Mr. Babatunde Fashola, explained various interventions his ministry has made in the housing sector, to make the process of owning houses easy for citizens.

He said such interventions were contained in over a 280-page report he presented to the council on the ministry’s interventions in the housing sector so far.

According to him, various housing projects are ongoing in different parts of the country with 186 housing units already completed, while 2,300 others are still under construction.

The minister said the Federal Housing Authority (FHA) had since inception delivered 45,000 housing units in 81 estates across the country, adding that the agency delivers no fewer than 1,000 housing units every year.

According to him, any worker who contributes to the National Housing Fund (NHF) domiciled in the Federal Mortgage Bank of Nigeria for six months is qualified to access the fund to buy houses.

The minister said the ministry had also made the process of obtaining a certificate of occupancy (C of O) easier for those who prefer to build their own houses. He stated that a total of 3,290 Cs of O have been given out in recent times.

He said for those who want to obtain a loan to build their houses, it is important that their landed property must have titles.

He also said a major reason physical assets are not allowed as collateral for accessing loan to buy or build houses is because anyone who desires to access the NHF must be a certified contributor to the housing fund.

He also said the process of accessing the loan is difficult, resulting in a delay for some months because some investigations need to be carried out after applications have been submitted to verify applicants’ claims.

editor - January 28, 2021 12:08 am
19
By Olusegun Adeniyi The session started with a powerful prayer offered by President Olusegun Obasanjo on the benevolence of God for sparing our lives. This...