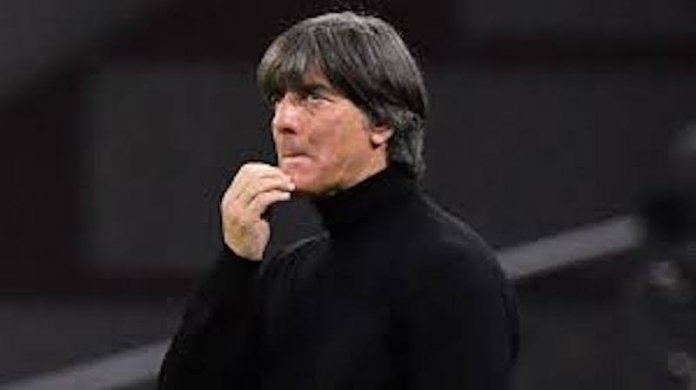 Germany have been a work in progress since their disappointing 2018 World Cup first-round exit and they now face their toughest test yet when their full-strength team face Spain in the Nations League on Tuesday.

The Germans have never played with the same line-up this year given the Covid-19 interruptions, injuries and a lot of new faces brought in by coach Joachim Loew.

The 3-1 victory over Ukraine on Saturday was arguably their most solid performance in months, having drawn four of their previous six matches.

Loew, in his 14th year in charge and facing considerable criticism for lacklustre recent performances, looks to have settled on his attack for next year’s European Championship.

It is difficult to imagine the team without the speed and skills of Serge Gnabry, Timo Werner and Leroy Sane.

The latter two scored all three goals against the Ukrainians and the trio have netted 24 times in 23 matches since the 2018 World Cup.

Loew also has world-class options in midfield with Leon Goretzka, fresh from a quintuple-winning season at Bayern, oozing power and precision, and Toni Kroos back from suspension.

When they take on Spain to decide who will top Group A4 it will be a wobbly defence that faces the toughest test yet.

Having led but conceded equalisers in three of their four draws since September, including three goals by Turkey a last-gasp equaliser by Spain in September, Germany’s backline is still far from watertight.

But Loew is confident the team will come together, with players like left-back Philipp Max, who made an impressive debut last week and played against Ukraine, and rising star Robin Koch eager to make the starting line-up.

Germany are a point ahead of the Spaniards at the top of the table with the group winners advancing to the next stage of the competition.

“Our demand is to go to Spain and say that we want to win this game and not defend anything,” Loew said. “We are not playing against Spain for a point.”