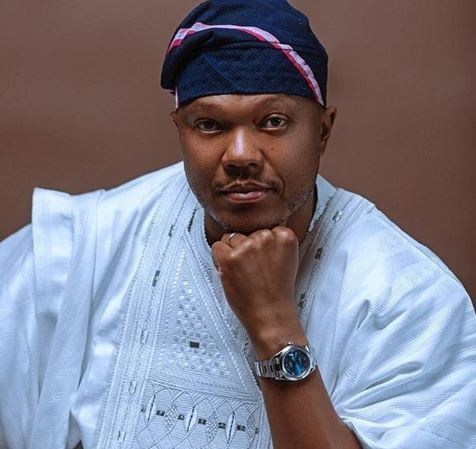 To those who do not share in his beautiful dream, affable Olumide Aderinokun’s might have taken a presumptuous self-serving move, when he recently declared his intention to run for the Ogun Central Senatorial seat in 2023 on the platform of the Peoples Democratic Party, PDP.

But no, well-travelled Aderinokun , whose profile is on the rise in the scheme of things in Ogun political landscape, sees the move as a way of appealing to the conscience of forwarding-looking sons and daughters of the state to rally round him to checkmate the fraud hitherto perpetrated by some persons holding elective positions in the state.

Described as a grassroots man, Aderinokun is said to be committed to the development of his senatorial district and its inhabitants.
No wonder, his fans are always quick to refer to his humane gestures during the lockdown imposed on the state owing to the outbreak of Covid-19 inspired lockdown.

According to his supporters, he not only helped with cash donations, he also reached out to over six thousand households within his senatorial district with relief packages running into millions of Naira.

Olumide, who is revered as a great mentor, is also said to have vowed to finance any well-meaning young person or persons seeking electoral office in his constituency.
A man of many parts ,Olumide has his hands in quite a number of juicy pies ranging from real estate, commercial farming and so much more.

Raid on Odili’s Residence: We Shall Resist Clandestine Attempts to Silence Us, CJN Warns