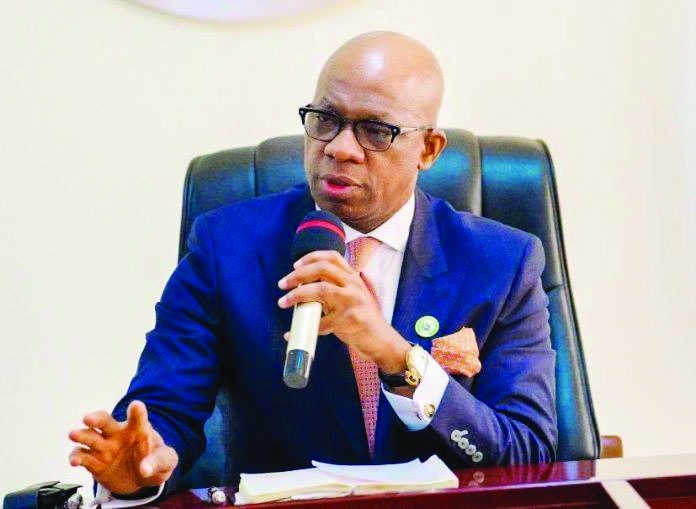 Otunba Runsewe who is also the President, Africa Region of the World Craft Council (WCC), noted that the pronouncement by Governor Abiodun to adopt Adire fabrics as official uniform for all the students in Ogun State remains the very critical and visible engagement to support cultural awareness and creativity in order to sustain the emergence of the Adire heritage economy and empower rural development.

An unapologetic campaigner on Nigeria’s cultural advancement through the adoption and showcasing our diverse heritage lifestyles, Runsewe had at various times while at Nigerian Tourism Development Corporation (NTDC) and now at NCAC, made the use of indigenous fabrics the fulcrum of national identify and promotional materials marketing agenda at all local and international cultural tourism events.

“I’m the happiest Nigerian today and I must thank the Ogun State governor for joining us to showcase the Adire heritage fabrics and adopting it as a school uniform for students in Ogun State, including its use by government officials and in all activities of government businesses. This is the way to go as it will benefit the rural economy, empower women and youths and help in historical revival of heritage teachings and knowledge,” Runsewe stated.

It must be noted that Adire fabrics was rebranded and became the face of cultural marketing promotion at World Travel Markets during Runsewe time out at NTDC, adopted as golf fabrics, laptop bags, facemasks as part of the protocols for new normal pandemic, and on national colours for specially made suits for international outings for exhibitions and marketing Nigerian cultural tourism opportunities.

Governor Abiodun had on Thursday during the flag-off of Adire Digital Market, held at June 12 Cultural Centre, Kuto, Abeokuta, advocated for the promotion of Nigerian indigenous fabrics to the world, noting that Adire fabrics can be adopted as national colour wears for athletes, and other sporting engagements, adding that the Ministry of Foreign Affairs, and the Culture and Information counterpart, should buy into the agenda to use Adire fabrics to market Nigeria to the outside world.

The governor further explained that Ogun State was ready and willing to partner with all federal government agencies in sports and culture to promote the Adire fabrics economy and help grow Adire entrepreneurs, empower women and youths and expose the limitless cultural endowments in Ogun State.