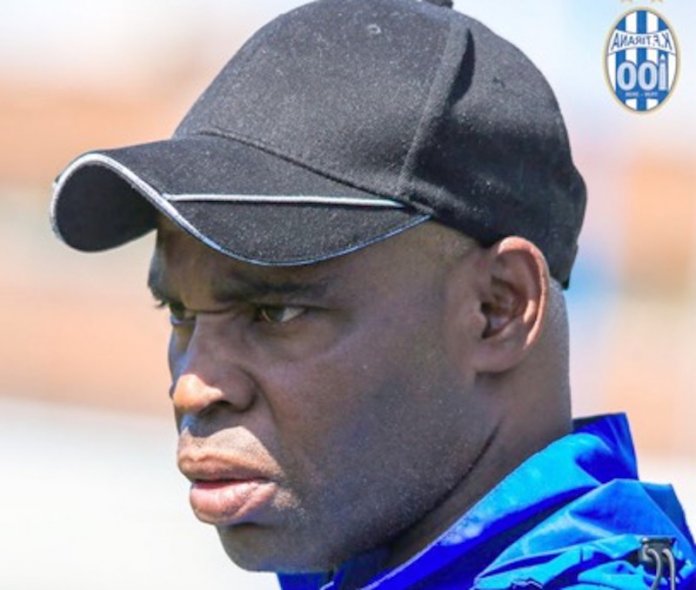 The first African coach to take a team to the European Champions League, Ndubuisi Egbo, remained upbeat despite losing his job at KF Tirana just four matches into the new Albanian season.

The Nigerian, 47, led the club to their first league title in a decade back in July; becoming the first African coach to lead a European team to a league title and qualification to the Uefa Champions League or any European competition.

KT Tirana said the decision had been “taken due to poor performances in the last matches” and also thanked Egbo for “his dedication and title success last season”.

Egbo remained philosophical following his dismissal after losing the last two matches.
“I would like to thank the club for the opportunity to serve, which helped me become the first African to win a European title and end up managing in the Uefa Champions League and the Europa League,” Egbo told BBC Africa Sport.

“I don’t have any regrets or disappointment because I gave the maximum and the team did likewise, so I remain grateful to God for what we achieved and accomplished together.

“To the fans for their incredible and overwhelming support towards me and the team, I am grateful.
“The players for their wonderful and positive spirit all through our campaign last season, I say kudos to them all.

“Both those who made big impact and those with little impact, all of them as a team made it to happen with faith in God almighty. For now there is no regrets but grateful to all.”

Egbo won the Albanian league, the cup and Super Cup in three years as a player with KF Tirana.
After holding the coaching job on an interim basis many times before, he was appointed partway through the season in late 2019, with Tirana eighth in the 10-team division.

But the former Super Eagles keeper, who is a dual Nigerian-Albanian national, realised the local media had labelled his old team a ‘sinking ship’ got to work and swiftly turned things around by bringing a new attitude to the club.