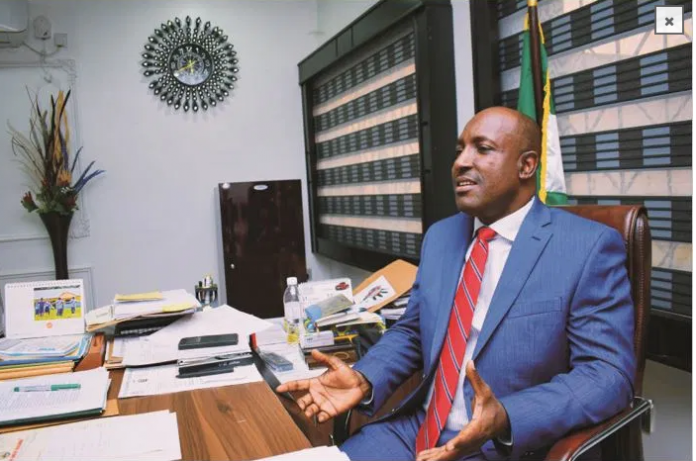 The headquarters of Isiala Ngwa South Local Government Area, Umuoba in Abia State was yesterday morning burnt down by unknown persons following the intensified jostling for the chairmanship ticket of the Peoples Democratic Party (PDP) in the council poll slated for December 18, 2020.

It is generally assumed that getting the councillorship or chairmanship ticket of the ruling party is a sure guarantee of victory in the council poll scheduled for next month.

The chairmanship primary election to choose the chairmanship candidates of the party is scheduled for yesterday (Thursday). The councillorship primary which was conducted last Tuesday was characterised by hijacking and diversion of materials.

The state government, while confirming the arson attack at Isiala Ngwa South area, said it was carried out by “unknown arsonists,” vowing not to leave any stone unturned in order to expose and punish those behind the incident.

In a statement issued by the Secretary to the State Government (SSG), Mr. Chris Ezem, the state government directed law enforcement agents “to investigate, apprehend and diligently prosecute all those behind the dastardly act.

“It is pertinent to state that the government does not wish to expend public fund in rebuilding the burnt facility so as to serve as a stark reminder to those behind the arson of their folly.”

He warned that “if the intention of the arsonists was to hinder or stop today’s PDP LGA chairmanship primary election, they have failed abysmally as the election will go ahead as scheduled.

“The state government will not give in to the antics of destructive element,” Ezem said, adding that the affected local government would pay the price of the wanton destruction of public property as it would hinder its further development.

“For the avoidance of doubt, the government wishes to state that no other development will be carried out in the affected LGA until the structure is restored,” he stated.

The ruling party further added to the woes of the sacked council boss by suspending him from the PDP along with the party’s local government chairman.