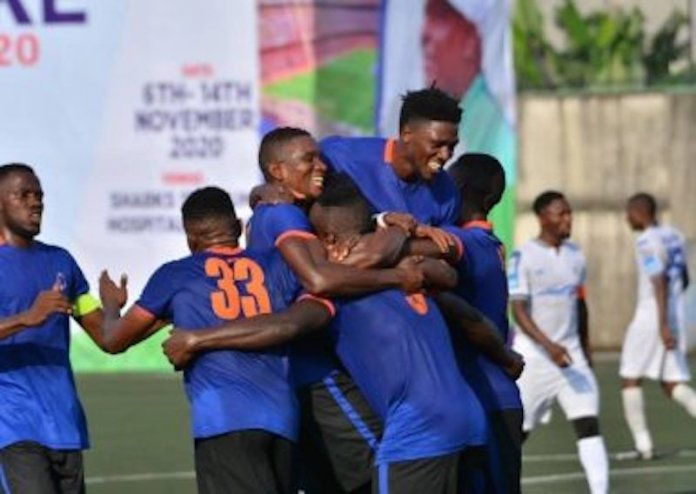 Lobi Stars will be out to secure at least a point that will secure their qualifications for the final four of the ongoing Governor Wike Pre-Season Football Championships in Port Harcourt when they file out against Ottasolo FC in their final group game today.

A draw in the game will take Lobi to unassailable eight points as host team, Rivers United are currently on seven points after their 2-0 defeat of Cynosure FC yesterday.

MFM FC became the first team of the competition to secure their qualifications to the final four of the tournament as Abia Warriors were eliminated.

The top of the bill cracker between the Lagos-based side and Abia Warriors ended goalless allowing MFM to top their group with eight points from four games followed by Bayelsa United on seven points with Abia Warriors third with six points.

Meanwhiile, MFM midfielder, Tunde Azeez, who suffered a head collision with Abia Warriors’ Nzube Anaezemba, is now off the intensive care unit of an undisclosed hospital in Port Harcourt.

Azzez collided with Anaezemba in the first half of of the game and it took the quick intervention of the medical team provided by the organisers of the Championships to revive the player before he was rushed to the hospital where he was put in an intensive care unit.

Speaking yesterday, MFM coach, Tony Bolus, praised the prompt response of the medical team while revealing that the player has been taken out of the ICU and now in a stable condition.

“He is now better but he will have to take a scan on his head to ascertain the level of the injury,” the coach said.

The CEO of one of the teams playing at the Championships, Ottasolo FC, Gabriel Davies, was on a courtesy visit to Rivers State Commissioner for Sports, Boma Iyaye, at his office.

The commissioner showerdd praises on the chairman and encouraged private sectors to emulate Ottasolo while also promising to partner the club.

The semifinal of the Championships is scheduled for today with only Group B games concluded.