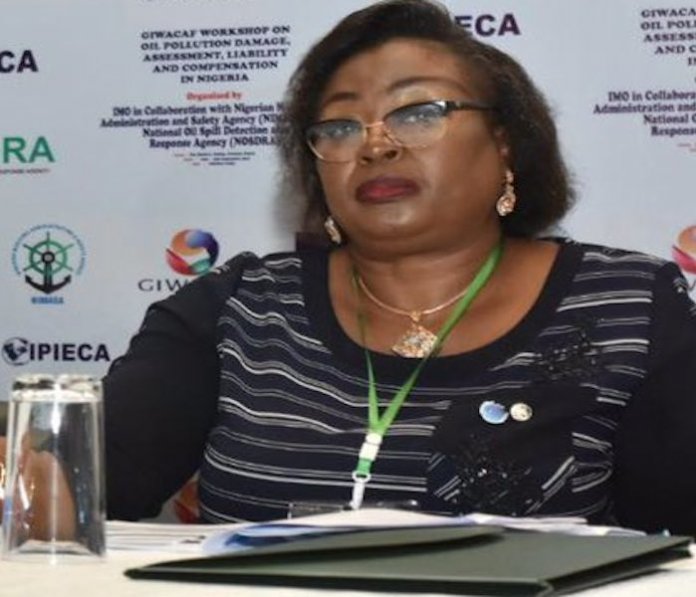 Maritime expert and founder of the African Marine Environment Sustainability Initiative (AFMESI), Dr. Felicia Mogo, has called on Nigeria and other African countries to urgent tackle marine pollution so as to realize their blue economy ambition.
Mogo made this call during the second AFMESI symposium themed: “Marine Pollution Prevention and Control towards Blue Economy,” held in Lagos.

Noting that pollution was one of the major limiting factors to the blue economy in Africa, Mogo also encouraged African countries to unify their positions and make contributions on the issue to the global regulatory bodies such as the International Maritime Organisation (IMO).

“The BASEL Convention is a global convention that advocates for preventing transboundary movements of hazardous waste, among others. For example, a country may claim to have the resources to manage this and it is investigated but some others, especially African nations may go for it because of poverty and lack of understanding. They take such waste and dump it in the oceans and seas; eventually, these end up as very toxic substances,” she said.

Mogo, a former Director of Marine Environment Management at the Nigerian Maritime Administration and Safety Agency (NIMASA), also called for more advocacy among African nations, their producing companies as well as communities in coastal areas.

“When country A is signatory to a convention and country B that is the neighbour is not; it simply means you can dump that toxic material in my backyard, via the ocean. Nevertheless, the ocean does not know any political boundary; it’s a problem for everyone. To address this as a continent, we should have one voice when we are defending or when we are negotiating or getting into this kind of convention on the global level. This problem of pollution is harming food production, destroying biodiversity and eroding the economic gains that should have been generated from the sector,” she posited.

Also speaking at the symposium, the Managing Director, Nigerian Bottling Company Limited and Chairman of Food and Beverage Recycling Alliance (FBRA), Mr. Matthieu Seguin, said that an alliance with a shared concern for the environment has been formed, adding that the alliance is collaborating with all stakeholders to build a sustainable recycling economy for food and beverage packaging waste.

Seguin, who was represented by the Executive Secretary, FBRA, Agharese Onaghise, described the symposium as a great opportunity to reinforce commitment for a sustainable future, adding FBRA would partner with AFMESI to provide and implement lasting solutions to preventing and managing marine litters.

“We believe in collaboration to address climate change concerns particularly as it concerns packaging waste and its effects in our land and marine space. As part of FBRA’s commitment to the marine clean up to promote climate change, FBRA signed a Memorandum of Understanding with Lagos State Government for a 3-year period to support the State program to clean up and prevent waste pollution and other packaging waste on inland waterways of Lagos. FBRA also purchased and provided 6 boats for this purpose,” he said.

On his part, the Convener of the annual Oil Trading and Logistics Africa Downstream Exhibition and Conference, Mr. Emeka Akabogu, stressed that it is high time to itemise deliberate actions that need to be taken and initiate actions to realize the potentials in the blue economy.
He added: “We should begin to focus on how to translate the blue economy gains from the good theoretical realm into actionable terms to generate revenue. In the space of the last four years, there has been so much talk about the blue economy and its numerous potentials, thus, we must be able to translate this advocacy into businesses that benefit every Nigerians.”

Akabogu, who is on the Advisory Board of AFMESI and an Honorary Secretary of the Nigerian Maritime Law Association (NMLA), also reassured stakeholders that addressing the menace of pollution would steer Nigeria in the right direction to harness the gains of a blue economy.