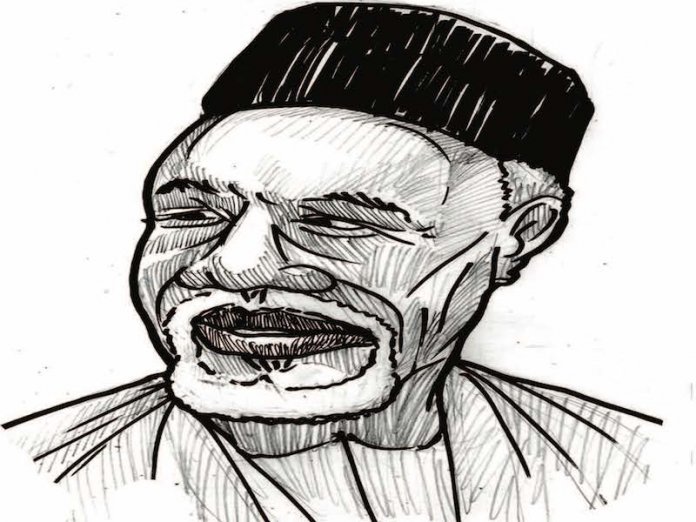 The passage on Tuesday of Alhaji Balarabe Musa, Second Republic Governor of the old Kaduna State (part of which is now Katsina) is in many respects significant. Musa was a voice of difference within the radical progressive tradition of political thinking in the country for more than four decades. His stewardship in Kaduna was brief but eventful and topical even if controversial. Although he was the first governor to be impeached in the country, his views on the politics and governance of both the North and the nation at large remained consistent. And his impeachment was not because he did anything wrong. It was simply because he would neither compromise on his ideals nor play ball with members of the State House of Assembly who were angling for executive slots he was not ready to offer.

A self-confessed leftist politician, Musa’s emergence as the governor of the state that is considered the epicentre of the conservative North was a strikingly remarkable development. Against all odds and on the strength of his personal popularity, he won election under the platform of the Peoples Redemption Party (PRP) at a period the then ruling National Party of Nigeria (NPN) dominated the legislature in the state. So, Musa literally assumed office as a marked man in the sense that he could not expect the cooperation of both the house of assembly and the traditional interests in the state.

Although the electorate chose him to deliver the benefits of progressive governance, the powers in control of the state were uncomfortable with Musa’s stance. Because of that, throughout his stay in office, he was unable to form a cabinet. A man of strong convictions, Musa’s uncompromising disposition eventually cost him a job that other politicians might have managed to keep simply by being pragmatic. But he never expressed regret for the position he took.

Musa’s importance in the public space is in the context of the faint ideological hints in our political culture. The views that he held and maintained on national issues belong in the leftist radical tradition of our political spectrum. And true to this tradition, Musa in all his private and public engagements questioned the structure of privileges as well as the ostentation and elitism of the mainstream tradition of national politics in Nigeria. Throughout his life, Musa championed progressive causes and unlike many of his peers he was Pan-Nigerian in words and deeds.

For Musa, the welfare of the downtrodden and the quest for justice and prevalence of the rule of law were essential requirements of a democratic polity. His advocacy for girl-child education, access to affordable healthcare and responsible governance united him with progressive voices in the rest of the country while consigning him to the anti-establishment pool in the North.

In a nation where political parties are established just for the purpose of contesting elections and assuming power and offices without any serious ideological commitments, Musa chose the road less travelled. His leftist ideological authenticity was enhanced by the modesty and simplicity of his lifestyle. He was never associated with any financial scandals nor was he identified with the ostentation and lavish lifestyle that has become the hallmark of our political class. He was an austere man who lived a life of contentment right to the very end.

With the passing of Balarabe Musa, the authentic Nigerian progressive movement has lost an original voice and advocate. May God comfort the family he left behind. And may He grant him Aljanah.