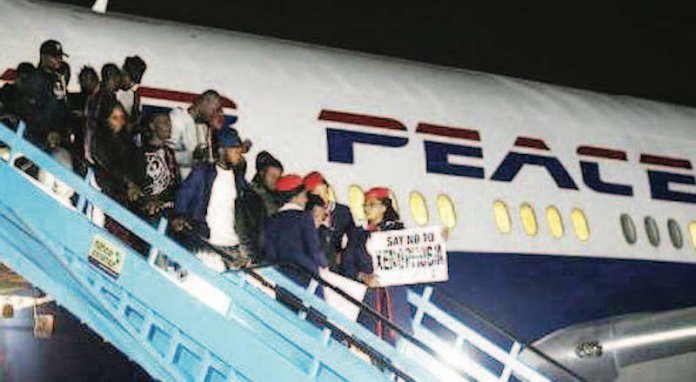 Air Peace has announced a forthcoming special charter flight to Delhi in India. Air Peace disclosed that the flight is scheduled to depart the Murtala Muhammed International Airport Lagos on November 27th and would return the next day.

According to the airline, persons interested in joining the charter flight should contact its office, adding that the Economy ticket sells for $1300 while Business Class goes for $1800.

“Anyone who wishes to be on the flight should make payment immediately. Passengers can also pay in Naira at N478/$1”, the airline said.
Meanwhile the airline’s said its attention has been drawn to a story published in an online platform which called into question the safety of our aircraft.

The online report was attributed statements to a lawyer who boarded Air Peace flight P47121 on November 6, 2020, Abuja-Lagos at 8:45am.
The lawyer alleged that the luggage of some of the passengers were not carried due to ‘weight restriction issues’.
“We are stating categorically that all our aircraft are safe and airworthy, and it is a globally accepted fact that every aircraft has a weight limit.

For the flight in question, we did not carry all the luggage because the aircraft had reached its maximum weight capacity. It would have been unsafe and dangerous to do otherwise.
“We did the right thing—a safety measure that is known worldwide. Airlines, all over the world, drop bags to avoid being overweight. So how does this translate to being unsafe?