The Visitor to the University of Lagos (UNILAG), President Muhammadu Buhari, has approved the report of the Special Visitation Panel to the university, which recommended among other things, the reinstatement of Professor Oluwatoyin Ogundipe as the Vice-Chancellor.

He also approved the dissolution of the university’s governing council, headed by Dr. Wale Babalakin, who had earlier resigned his chairmanship in September.

Buhari’s approval of the panel’s recommendations was contained in a statement by the Director, Press and Public Relations, Federal Ministry of Education, Mr. Ben-Bem Goong.
However, THISDAY learnt that the Chairman of the panel, Prof. Hamman Tukur Saad of Ahmadu Bello University (ABU), Zaria, was convinced that Ogundipe has a case to answer.

He also expressed concern about the way the crisis in the university was resolved, saying the implementation of the White Paper will undermine university management in Nigeria.

Besides, Saad, in a letter dated October 7, 2020 to the Minister of Education, Mallam Adamu Adamu, considered it a breach of the understanding he had with the minister that the Shehu of Borno, Alhaji Abubakar el-Kanemi, who is the chancellor of the university, should be allowed to resolve the crisis, in line with the crisis management protocol of the university.

According to the statement by the ministry, the panel’s findings showed that the removal of Ogundipe at a meeting of the governing council, presided over by Babalakin, did not follow due process.

It added that the vice chancellor was not granted an opportunity to defend himself on the allegations upon which his removal was based.

The report recommended that he should accordingly be re-instated.

The panel also recommended that all allegations against Ogundipe and the management of the university before and after the constitution of the panel should be referred to a regular visitation panel for investigation and recommendations.

It also recommended that the governing council should be dissolved.

“Mr. President, after a careful review of the report, has approved all the recommendations of the panel. “Accordingly, Professor Oluwatoyin Ogundipe is hereby reinstated as the vice chancellor of the University of Lagos; the Governing Council of the University of Lagos, chaired by Dr. B.O. Babalakin, is hereby dissolved. Mr. President hopes these steps will bring peace, stability, focus and direction to the university,” the statement explained.

In his reaction, the Chairman of the institution’s chapter of the Academic Staff Union of Universities (ASUU), Dr. Dele Ashiru, thanked Buhari “through the Minister of Education, Mallam Adamu Adamu, for standing on the side of the truth and ending an era of tyranny, authoritarianism and dictatorship in UNILAG.”

“We wish to put on record that this intervention by the federal government has restored the autonomy of the university and has insulated the university system from authoritarian and dictatorial pro-chancellors like Dr. Wale Babalakin. We pray that the type of Wale Babalakin will never come the way of the University of Lagos anymore,” Ashiru said.

The Babalakin-led governing council had on August 12, 2020, at an emergency meeting in Abuja, removed Ogundipe from office with immediate effect.

It based its decision on the council’s investigation of serious acts of wrongdoing, gross misconduct, financial recklessness and abuse of office against Ogundipe.

The council also announced the appointment of Soyombo as the acting vice chancellor.

Ogundipe had headed to court to challenge his removal while the various staff unions in the university had opposed the council’s decisions.

The ensuing crisis led to the intervention of the federal government, which suspended Babalakin and Ogundipe and directed the removal of Soyombo.

The university Senate was then asked to elect another person.

The president also constituted a visitation panel to look into the crisis in the university and recommend solutions.

The panel was given two weeks to submit its report.

The university Senate had on August 24 elected Prof. Folasade Ogunsola as the new acting vice chancellor, making her the first female in that capacity.

The move was said to have restored calm to the 58-year-old institution.

THISDAY checks, however, showed that Saad, a former vice chancellor, Federal University of Technology, Minna, insisted that the recommendations of the panel were not fair to all the parties.

He also said Ogundipe had a case to answer on his management of the university.

Saad, in the October 7 letter to the minister, a copy of which THISDAY obtained yesterday, said the panel members’ hands were tied the way the terms of reference of the committee were framed.

In the letter titled: ‘RE: SUBMISSION OF REPORT OF THE VISITATION PANEL ON UNIVERSITY OF LAGOS CRISIS TO HONOURABLE MINISTER,’ Saad said:

“Having submitted the report to you and listened to your reaction in private to the panel after the public ceremony, I really got disturbed, especially your honourable comment on the intervention of the Chancellor at the late hour. On the whole the terms of reference of the panel were framed in such a way as to fish out culpable parties and dish out punishment to them. This I believe is the mind set of legal practitioners who may have been involved in framing the ToRs.

However, the omnibus ToR 5 provided an opportunity for us to explore other channels of resolving the conflict and saving us the bitterness that would ensue after the White Paper might have vindicated some parties. That was why we made frantic efforts to get the Chancellor and Shehu of Borno to wade in and save the day.

“When you read the report, you will notice that it was very one-sided, so to speak, the option was for the chairman to refuse to sign the report and that would have been a slap on the government’s face. In any case, the issue is not that the report was false but it contained half truth in order to protect one party and magnified the facts from the other party by pushing the blame to one side, omitting what could have balanced the report. But the content of the report is to a greater or lesser extent valid. The recommendations may be contentious but knowing fully well government will go with the chancellor, I agreed to sign.

The issue was rancorous and was attracting attention of NUC staff where the meetings held.

That was not healthy.

“As far as the majority of the team was concerned, they would like to save the VC who was presented as a victim, having been sacked by the council and no effort was spared in minimising his faults, which were often obvious:

“Take the issue of splitting contracts so that the figures would be within his approval limits; in the renovation of his house and that of some principal officers, the evidence was clear, one contractor would be given four contracts on the same project on the same day each packaged to be within the VC’s approval limit. A number of such cases were evident, but the only way the chairman could get that in the report was to compromise by rendering such as “Contracts were packaged in a way that bordered on contract splitting, in order to keep them within approval limits”.

“The recommendation was VC should be cautioned against contract splitting. To me this was enough for government to reject this recommendation and subject the culprit to the consequences.

“On the issue of frivolous expenditure at the expense of the core mandate of the university, teaching and research, within the period in question, the VC and his cronies undertook 75 external trips costing hundreds of millions of naira, while the total annual DTLC of all the departments of the university was just N35 million per annum. “Again, the recommendation was that the money they took for local travel while on overseas trips should be refunded by beneficiaries. While the VC got approval for his own trips from the chairman, he in turn approved all the others, which the council was never aware. Again, the chairman of the panel could not obtain a consensus on how to handle this. So it was left to the government.”

Saad also detailed how the UNILAG management allegedly hid the financial status of the university from council.

In the letter, he quoted the bursar as saying that that he only presented budget performance to the F&GPC and not the whole treasury content. “Apparently some almost N10 billion was never visible to the council, yet interested parties in the panel harassed him (bursar) and cajoled him in to retracting his statement, swearing that they have seen reports to council that contained such information. The perception was that as a non-academic staff he wanted to rope in the VC.”

“There were a number of other issues that may have been glossed over in the report to save the VC but this is not the time to delve into them. The recommendation that the VC should be reinstated was limited to the procedure of his termination. It did not mean he should be absolved of all wrong doing. If among the faults enumerated in the report the government believes he should be sacked, that does not contradict our recommendations,” he added.

On the Babalakin, Saad described his case as straight.

He said: “The procedure and steps he took to remove the VC left a lot to be desired, so also were the steps he took to appoint an acting VC. Even me as chairman felt I could not follow the complicated legal arguments he used in justifying the action. Even the lawyers among us were at a loss. So we were unanimous that the removal of VC and appointment of Ag VC did not comply with due process.

On the other hand, the steps taken by government even before the panel was inaugurated has presented the panel with a fat’accompli. The government, by nullifying the appointment of the acting VC by the council, has shown where it stood, so the matter was scarcely deliberated upon,” Saad said.

He also expressed opposition to the dissolution of the council, “even though the chairman has committed hara-kiri by resigning, rightly or wrongly.” 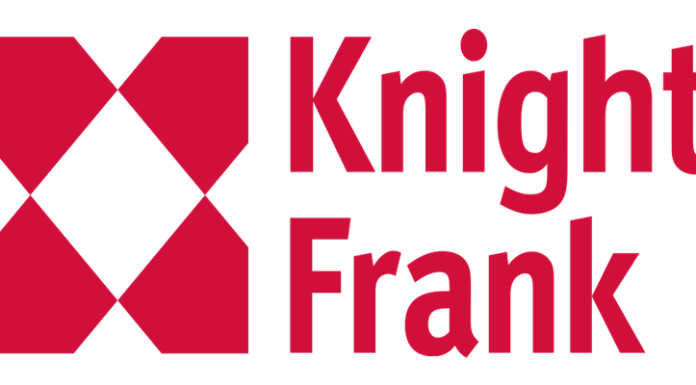