Okello Oculi writes that the recent America election was, in some way, a poor imitation of African politics

America’s ‘ELECTION 2020’’caught a virulent ‘’AFRICO POLITICUS VIRUS’’ which makes Africa’s politicians lose elections only if rigged out. Donald Trump cheated when he abused Africa as a giant pit latrine while snatching this political weapon. The militant lawyers around him probably know Nigerian SANS.

Some protesting Trump supporters carry rifles. They were yet to match Cote d’Ivoire where party supporters had killed rivals. In States of Texas and North Dakota, African-American or Native American votes were ‘’supressed’’ by locating ballot boxes far away from those either too old to walk or too poor to pay for bus rides, to mail their votes. Packets of rice and Black-Eye beans/peas may have bought votes.

There is the admirable location of sovereignty over elections in individual States; cutting out an Election Emperor. Each State has built vital trust and credibility in counting votes, thereby, making Trump’s case patently absurd in Nevada where the Attorney General is also a Republican and unlikely to rig in Joe Biden. Proponents for ‘’Restructuring Nigeria’’ may have here a flag to borrow.

Donald Trump blessed America with several moments of rude talk. He accused Democrats of ignoring material interests of African-Americans while routinely harvesting their votes. He was being strategically cynical in posing as their new saviour. His racist supporters saluted police killing Black men; their violence against Black women hidden under a deep shadow. The killing of George Floyd with a police knee was quickly punctured by thugs among his supporters smashing shop-windows and inciting looting by poor Black youths.

Black football players adopted the gesture of kneeling down in protest gestures. Trump mocked and hinted that they are not Americans; at best unpatriotic. He mocked the sense of common humanity with African-Americans dying from COVID-19; giving free food to those made destitute through loss of jobs or closing their shops. His attitude fanned negative passions among his supporters. However, it also aroused its anti-thesis manifested in a multi-racial ‘’Black Lives Matter’’ protesters against the ‘’hatred and casual racism’’ he relentlessly promoted.

President-elect Biden called on Americans to ‘’listen to each other’’. In 1972, Professor Ira Sharkansky told northern politicians to listen to the lack of flush toilet; house telephones; lack of access to education; poor Black communities dying from cancer caused by chemicals stored by oil companies in Texas; raw poverty – which are now at the root of support for Trumpian ‘’populism’’. He has given voice to the backwardness of the Southern States.

In his post-victory speech Biden acknowledged that it was Black voters who boosted his campaign: they ‘’had his back’’ and he is going to ‘’have their back’’. The BBC showed a clip of him as a younger Senator angrily condemning racist oppression of Blacks in South Africa. Having backs of Blacks is not new for him.

Kamala Harris described as ‘’audacity’’ his selection of a Black woman as his running mate. She stood on steel bars of 242 years of woman seeking space in politics and on newly smelted choler bones of those young women who started the ‘’Black Lives Matter’’ protests whose multi-racial flames burned for over one hundred days in Portland, Oregon.

She envisioned television images of her victory planted inside eyes and tender egos of little girls all across the globe.

A flawed ‘’Democracy’’ denied America’s leaders the benefit of sharing the vigorous social imagination which African politicians had injected into conducting elections. In 1965, Julius Nyerere, for example, created a Commission which proposed competitive elections within a popular One-Party system. Nyerere argued that African masses were united by poverty and colonial exclusion from political power. To build a healthy post-colonial nation, it was crucial to block former colonizers from manipulating religious beliefs, ethnic and racial identities, and monetary inducements to inflame conflict during elections.

General Babangida’s ‘’A 4’’ model started presidential primaries from Each Ward in Nigeria thereby planting aspiration for presidential post in all children.

Despite their expansion of their country, the Americans supported military coups and assassinations against Kwame Nkrumah, Abubakar Tafawa Balewa and Ahmadu Bello for working, in their different ways, to build united states of Africa.

Nkrumah’s union with Sekou Toure (in Guinea) and Modibbo Keita (in Mali) as a replica of America’s own original 13 Colonies anchored her expansionist union of states. Balewa and Bello had hosted Nyerere and Obote as official visitors from East Africa; Dauda Jawara from The Gambia and Ahmadu Ahidjo from Cameroun were visitors with Fulani ethnic bloodlines. Their expansionist territorial visions raised the alarms. 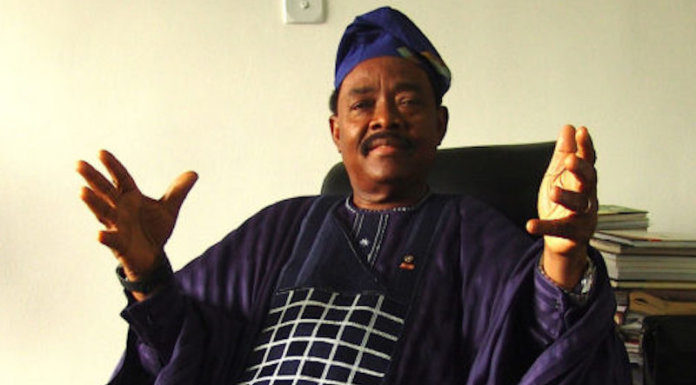