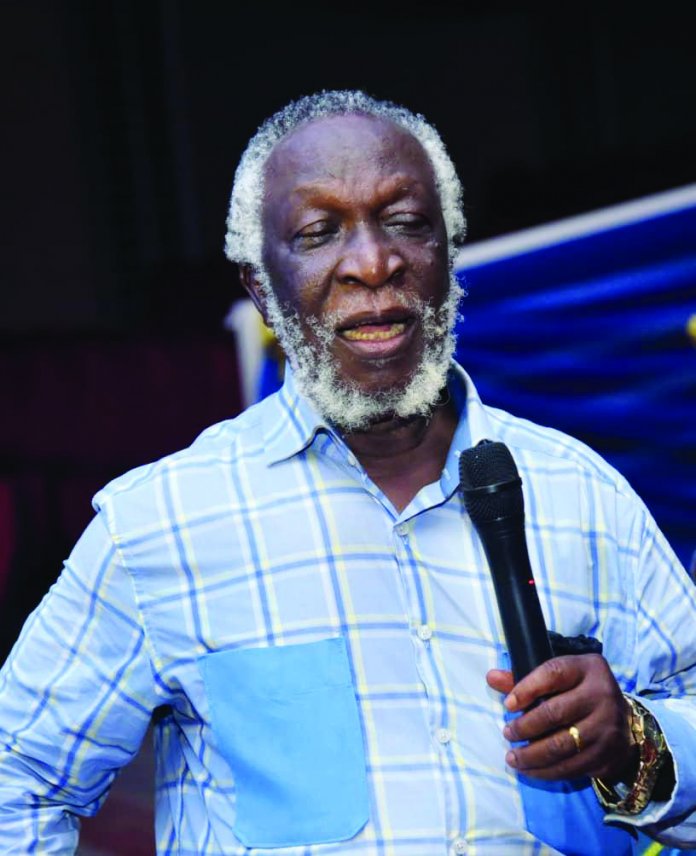 Shock and an outpouring of eulogies trail the news of the death of Nigeria’s leading art historian Professor Ola Oloidi in the late hours of Monday, November 2. Okechukwu Uwaezuoke reports

Not even the fact that shockwaves seem to have been specially sequenced for these times makes a difference. Nor does it matter that the art scene – like the rest of the society – already labours under a siege mentality. This is expected since the not-so-well-funded sub-sector recently traipsed from a lockdown caused by the coronavirus pandemic to the debilitating effects of nationwide protests against police brutality. Besides, hardly had aficionados come to terms with the tragic demise of Sindika Dokolo – the Congolese art-collector husband of Africa’s richest woman, Isabel dos Santos – than they were hit by the devastating news of another death: that of the art historian Ola Oloidi.

Oloidi, a professor emeritus of art history who recently retired from the University of Nigeria, Nsukka, was reported to have suddenly departed this earth-life in Nsukka on Monday, November 2 “after a brief illness” at 76 years. A brief statement, signed by the head of the university’s Fine and Applied Arts Department, Professor Ozioma Onuzulike, described the late Oloidi as an “authoritative voice in the history and criticism of modern Nigerian art”.

Indeed, the man who was described as “an encyclopedia of Nigerian art history” in a Facebook post the Araism Art Movement’s founder Mufu Onifade was until his demise one of the easily most recognisable art personalities in the country. And not even his retirement as a professor in 2012 made him less visible in the art scene. About four months before the COVID-19 lockdown, he had delivered the keynote address, titled “Phases and Faces of Aina Onabolu”, at an art conference organised by the Ogun State Chapter of the Society of Nigerian Artists (SNA) and held in Abeokuta in honour of the father of the modern Nigerian art, Chief Aina Onabolu. The well-attended event, which was sponsored by its patron Omooba Yemisi Shyllon, was held from December 2 to 5 at the Abeokuta Cultural Centre and was graced by some members of Onabolu’s family, including his son and grand-daughter.

It was through his well-researched paper that even Omooba Yemisi Shyllon – who ordinarily is well-versed in art historical matters – confessed hearing for the first time that Onabolu was awarded an MBE (Member British Empire) “for his contribution to the development of African art education” and “that Ben Enwonwu benefitted from Onabolu’s contribution in getting Kenneth Murray to work in Nigeria”. A report, which was put together by organisers, on the event further disclosed that both Oloidi and Shyllon agreed that Onabolu had not been accorded his due recognition and honour, with the latter advising that “all the conference articles should be reviewed and turned to book publication.”

Professor Oloidi had typically volunteered his services for the book’s publication process, offering his keynote address to the conference as one of the contributions. Apparently, he had continued to monitor the progress of this book project until his death, despite disclosing that he had been ill since June. Understandably, the news of his death came as a rude shock to the assemblage of art luminaries, who attended the conference.

About a month before the Abeokuta conference, Oloidi was also the guest speaker at the 13th edition of the Life in My City Art Festival (known as LIMCAF) grand finale and awards night held in November 2019 at the Institute of Management and Technology, Enugu’s International Conference Centre. He had played the same role in a previous edition of this annual event, which held in 2013. A statement from the event’s organisers had since expressed “shock” at the news of his death, eulogising him for throwing “his weight behind every worthy art initiative in Nigeria”.

At the National Gallery of Art, where he was revered as “a mentor, friend and confidant”, he chaired its 12th Annual Distinguished Lecture Series held early this year in Abuja. A statement, signed by the gallery’s director-general Ebeten Ivara, said it received the news of his death “with overarching sadness”.

Said Ivara: “For 44 years at the University of Nigeria, Nsukka, this erudite scholar, extraordinary researcher and prodigious writer with over 100 publications to his credit, contributed glowingly to the advancement of scholarship and administration in the Department of Fine and Applied Arts, the Faculty of Arts and the university in general. Still, he did not confine himself to the serene university environment but chose to be part and parcel of those dispersing the knowledge of visual art at different levels through lectures, seminars, workshops, masterclasses among others.”

To Omooba Shyllon, he was an icon and a “detribalised Nigerian”, whose legacy in the local art scene remains indelible.
Meanwhile, several art associations – including the SNA and the Art Historical Association of Nigeria (AHAN), which he founded – have reacted to his passage, which they consider as a big loss to the visual arts sub-sector. “By virtue of his rich archives of research materials, Emeritus Professor Oloidi was a ‘go-to’ in the history of early Nigerian modern artists, especially Aina Onabolu,” Professor Onuzulike corroborates. “Scholars travelled from far and wide to consult him. His spoken and written language was unmistakably ‘Oloidi-esque’ as they did flow long but musical and entertaining. His boisterous life showed through in both his scholarly work and his daily interactions with everyone that came in contact with him.”

A 1969 graduate of the Yaba College of Technology, Lagos, Oloidi would later obtain his Bachelor of Fine Arts and Master of Arts degrees at Howard University, Washington, DC, the USA in 1973 and 1974, respectively. According to Onuzulike, it was under “the influence and leadership of Professor Uche Okeke, [that]Oloidi joined the Nsukka art department in 1976 as Lecturer II. He also enrolled for a PhD in modern Nigerian art history and turned in a distinguished thesis in 1984 as the first to undertake doctoral work in the field in any Nigerian university.”

Oloidi, who became a professor in 1996, represented a father-figure, mentor, teacher, friend and colleague to all who crossed his path, not only in the University of Nigeria, Nsukka campus but also virtually everywhere else he had been to. “The visual arts community will surely miss him, for he had a name for everyone and enlivened everywhere he went,” Professor Onuzulike adds about the man, who was said to have supervised and produced 30 PhD and 32 MA students in art history.