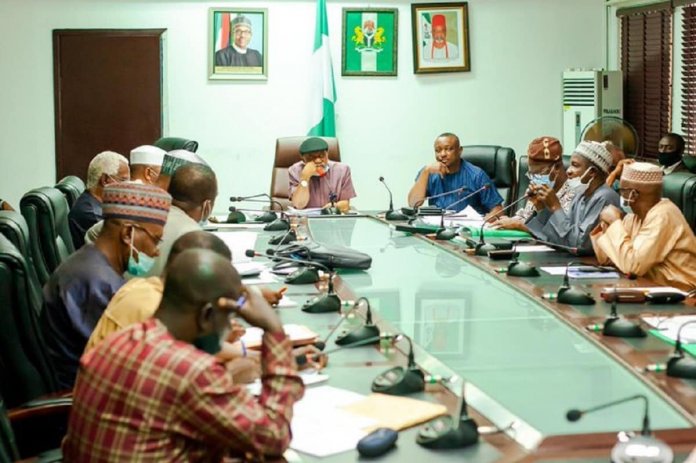 What the federal government is offering ought to have been done a year ago, contends Oludayo Tade

The Federal Government of Nigeria (FGN) has been presenting the Integrated Payroll and Personnel Information System (IPPIS) to the public as if it is the main reason the Academic Staff Union of Universities (ASUU) embarked on strike on March 23, 2020. That is not true. ASUU is on strike to make government become responsible and inject funds for the revitalisation of public varsities, constitute visitation panels to universities, pay of arrears of earned academic allowances from 2012 to 2020, and conclude renegotiation of the 2009 agreement which is to birth a new salary and welfare package for lecturers who are currently the least paid when compared with earnings of lecturers in Polytechnics and Colleges of Education! In this piece, I historicise IPPIS, and situate it within FGN latest offer to assist the public appreciate ASUU’s position and unveil FG’s slippery offer and insincerity. The public should understand that the latest slippery offers from President Muhammadu Buhari’s government are items which they ought to have implemented as at December 2019 but failed to do so. It is these unfulfilled promises that are now being brandished as fresh offer before the public by this “change begins with me” government that thrives on ‘hushpuppism’ ideology.

On March 19, 2014, the Office of Accountant-General of the Federation (IPPIS Division) wrote the President of ASUU referring to the decision of a meeting held with representatives of the Nigerian University System (NUS) concerning enrolment of federal university staff into IPPIS. The letter, written by Mrs Fatima Nana Mede (DFA/IPPIS) on behalf of the Accountant-General of the Federation reads: “one of the joint decisions reached is the need to set up tripartite committee of the Labour Unions in the Universities (ASUU, NASU, SSANU & NAAT), the representative of the Pro chancellors and Federal Government (OAGF, FMF/BOF, OHCSF, FCSC) to develop alternative solution that will achieve the noble objectives of the IPPIS and at the same time accommodate the peculiarities of the Nigerian Universities. Following from the above, you are kindly requested to nominate your representative for the committee to consider the development, implementation and workability of a solution in the university system. The committee inauguration would be communicated to you as soon as we receive nominations from all concerned”. ASUU thereafter nominated Prof Sulaiman D. Abdul, Dr A.B. Baffa and Prof D.T. Gungula to represent it but the federal government did not say anything about committee inauguration again until the issue appeared in 2019 to forcefully enrol academic staff into IPPIS despite agreeing that it fails to accommodate the peculiarities of University system.

As indicated in the letter, what government is interested in is the development of an alternative solution that will serve the purpose for which IPPIS was set-up — anti-corruption and accountability. While IPPIS is a product of foreign agency with yearly charges of about $12 per enrolee and mindful of the risk of releasing Nigeria’s data to foreign organisation, ASUU developed multi-million naira University Transparency and Accountability Solution (UTAS) using her members’ contributions without demanding repayment from government. Why should it then take eternity for FGN to direct National Information Technology Development Agency (NITDA) to carry out integrity test and deploy UTAS after it has already been demonstrated to three FGN teams? Does it make economic sense for government to ask ASUU members to enrol on IPPIS in order to be paid their salaries and later migrate them to UTAS after full deployment and then be bamboozled?
In 2012, former President Goodluck Jonathan’s administration conducted NEEDS assessment on public universities and found that universities would need the sum of N1.3trillion spread over six years to revitalise it. Sadly, only the Jonathan administration released N200billion in 2013 towards revitalisation. Since that token, nothing substantial has come to public varsities. Nothing has changed even with this government of CHANGE. The current leadership prefers Nigerian children to learn in poorly equipped laboratories, overcrowded lecture halls, and live in dilapidated hostels and be taught by underpaid lecturers. It is indeed terrible to have people with no stake in education preside at our national and sub-national levels.

What the Mohammadu Buhari administration is now promising ASUU to suspend the ongoing strike was what his government ought to have done since 2019 that he did not do! In the Memorandum of Action (MoA) which contained timelines for implementation signed with ASUU on February 2019, FG promised to release N25billion by April/May 2019 “as a sign of good faith” but the government acted in bad faith by not resuming full implementation of the Memorandum of Understanding (MoU) on sustainable funding of education. The government also promised to release N25billion earned academic allowances (EAA) as the first tranche before February 28, 2019. It failed to meet this timeline. FG then promised to pay the outstanding balance (N80billion) in four equal instalments for 36 months (November, 2019; August, 2020; May 2021 and February 2022). After failing to pay the N40billion owed lecturers which were due as at August 2020, ASUU team asked the FG to pay this debt to move forward. Instead, FG brought a ridiculous and shameful offer to release N30billion by November 6, 2020 while the balance of N10billion will be paid in two tranches (N5billion in May 2021 and N5billion in 2022). Note that in the MoA of 2019, FG ought to pay N20billion by May 2021 and another N20billion by February 2022. With this present offer, the PMB administration is tyrannically acting in bad faith and aims to run away implementing nothing knowing election campaigns would be in the air by 2022 and everyone would be begging ASUU to consider national interest!

Worse still, a government that failed to mainstream the payment of EAA into the 2019 budget as promised, is now promising again that it has secured the commitment of the National Assembly to include the amount in the 2021 budget provided it is sent “in quickly as possible by the Ministry of Education”. On setting up visitation panel to visit universities, it is sad that a government that mouths anti-corruption would wait to be forced to set up her panel to look into the books of universities. In 2019 MoA, government promised to commence visitation by March 11, 2019 but it is yet to do so till date! The same government is now promising to inaugurate the visitation panels by the end of November 2020 and shall have finished their work by December, 31, 2020. The “panels are expected to submit two reports per university covering five-year periods of 2011 – 2015 and 2016 – 2020”. ASUU deserves commendation for exposing government as not truly committed to transparency in university administration for failing to check their books for close to a decade as required! On renegotiation of 2009 agreement, it was agreed in 2019 MoA that the renegotiation “shall commence not later than Monday, 18thFebruary, 2019 and be concluded by Friday 29th, March 2019”. Since then government has frustrated every move to renegotiate the agreement and conclude it. We are now in 2020 and FG is asking to “be given one week to reconstitute the renegotiating committee” and this committee “would be expected to conclude its work on or before December, 2020”.

PMB also offered to release N20billion by January 2021 for the revitalisation of over 70 public varsities! When shared, each university may not get up to what is budgeted for Aso rock feeding and cutleries! A sensible leadership will learn from the counsel of Yoruba proverb: Omo tí a bí tí a kò tó, ni yíò gbélé tí a kó tà (an untrained child will sell the built castle). The practical tragedy of having untrained children was unveiled through the manifest difference between the non-destructive approach of educated and highly coordinated #ENDSARS youth protesters and the ‘sponsored’ infiltrators of largely unschooled arsonists who razed assets within hours. There is no sense investing in physical structures mainly to extract kick-backs without investing in positively shaping people’s mind through consistent education funding. I have chronicled the evasive dealings of non-committed FG with ASUU to better appreciate the altruism underlying ASUU’s struggle. The option you choose come with attendant consequences: support government to destroy Nigeria’s future by nurturing uneducated arsonists or support ASUU’s struggle to get quality education for our children and secure their future.