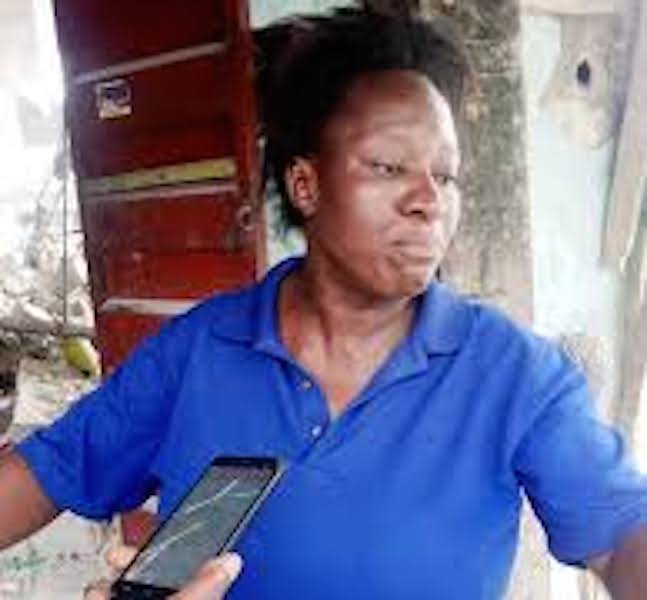 A Warri based businesswoman, Mrs. Tonia Gbemre has appealed to the Federal and Delta State governments to come to her aide over illegal demolition of her property by the state government officials on alleged prompting of some powerful people and politicians.
Mrs. Gbemre, who wept uncontrollably yesterday while watching her building, including 13 attached shops, being pulled down by officials of Delta State Ministry of Lands, Survey and Urban Planning alleged that the action of the officials amounted to oppression.

Narrating her ordeal to newsmen at the site of the demolished building situated at Block 1, Plot 1 at Federal Government Site and Services Layout, also known as New Ugboroke Layout, Ugboroke-Effurun in Uvwie Local government area, the Businesswoman alleged that the action was carried out contrary to a court order restraining the officials.

She explained that when the information about the intention of the official’s decision to demolish her building first got to her, she rushed to the court and obtained an injunction restraining the action but was surprised when she was alerted yesterday about an ongoing demolition of her property.

“I rushed to the site and saw people demolishing my property. They were led by one Emmanuel Temewei, the Zonal Planning Officer in charge of Warri/Effurun and Udu local government areas backed by about 20 armed policemen. All my entreaties that the matter is still in court fell on deaf ears.

” Even, the intervention by sympathizers did not move the officials. I have invested over N200 million in the development of the building. How do I start again. Some powerful people and politicians in the estate are behind this demolition “, she alleged.
Asked why the alleged politicians and people were particular in the demolition of her building, Mrs. Gbemre said it appeared they were not happy with the attached shops she constructed on her property.

” They did not tell me specifically that they don’t want the attached shops in the estate. I have all my papers on the land intact except the building approval which is still being processed by Mr. Emmanuel Temewei. I paid him N670,000. Unfortunately, he is the one that led his men with policemen to demolish my property ” she lamented.
Contacted over the incident, the Zonal Planning Officer, Mr. Emmanuel Temewei said he acted on order from above and refused to give further details.