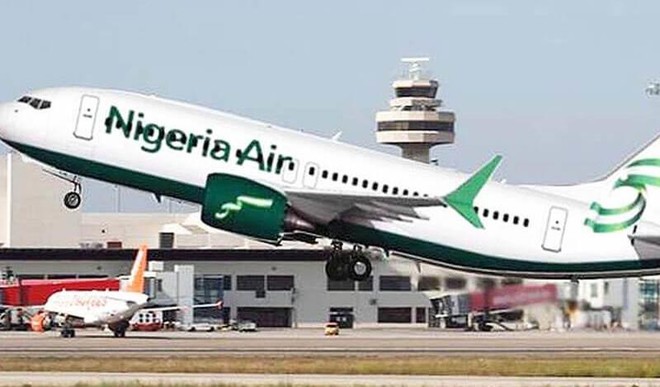 Government should get its priorities right, argues Armsfree Ajanaku_

The definition of insanity, according to the acclaimed genius, Albert Einstein, is doing the same thing over and over again, and expecting different results. Einstein may not have had Nigeria in mind when he provided such an apt postulation, but the typical Nigerian way of advertently repeating the same mistakes validates his assertion. Nowhere is this anomaly more apparent than in the ongoing scramble by the Nigerian government to form a national carrier. At a time the dreaded COVID-19 pandemic has been devastating economies, with far reaching implications for the airline industry, many have questioned the wisdom in reintroducing the issue of the national carrier in national discourse.

Last week, Nigeria’s Minister of Aviation, Hadi Sirika told the Senate with gusto that N78.96 billion of the capital budget of the ministry would be devoted to finalising plans for the new national carrier. I am sure that even the legislators who have not said anything about the crazy proposal, are probably still trying to figure out how much sense such a project would make at a time like this. That is, at a time of very serious competing national priorities exemplified by the crisis in the education, health and public infrastructure sectors, the choice of a fanciful national carrier, with no rigorous business case, and zero sustainability plan, cannot be acceptable to the Nigerian people. Nigeria has the highest number of poor people in the world, and the recent youth unrest in the country calls for investments in low hanging fruits sectors such as agriculture, entrepreneurship and infrastructure which will enable young people to unleash their energies to grow the economy.

In the coming weeks, the lawmakers ought to take the pain to properly interrogate the allocation of the billions to a national carrier, which details remain the exclusive preserve of government officials. The oversight role of the National Assembly requires the legislators to push the minister to provide clear details relating to the viability of business case, and the possibility of sustaining such money guzzling ventures, which are long term profit yielding investments. The National Assembly ought to show some patriotism, even if for a fleeting moment by ensuring scarce national resources are not frittered on whimsical projects, which provide no compelling business case. If I were in the National Assembly, my first question to the minister would be: if the money involved is your personal fund, will you put it in a business, which has no clear pathway to recoup the investment?

Online sources point to the very drastic reduction in the number of airline passenger across the world, which has similarly impacted the number of flights. Across the world, there is an astronomical rise in the number of cancelled flights, and the number of planes flying empty between airports gives an indication that the aviation sector is in deep crisis. While the optimism exists that things will rebound, the key issue for Nigeria right now is set its priorities right. With substantial drops in revenues and job losses in the aviation sector, which serious investor will be ready to take a plunge at this time? It is also on record that airliner manufacturers and airport operators have been bleeding seriously with revenues nosediving and jobs being cut. Is this the kind of volatile environment the Nigeria government insists on plunging into with billions? These are the hard questions that the minister wanted to dodge which would have informed his reluctance to provide sufficient details to enable the public interrogate this huge fraud called National Carrier.

Apparently, the motive for resurrecting an idea which was roundly rejected by the public in 2018, cannot be noble. The impression, which was created from the minister’s appearance at the National Assembly is that the government possesses the monopoly of wisdom, and it can just wake up, take decisions, and appropriate monies without getting the broad approval of citizens. At the risk of repetition, it has to be emphasized that a national carrier is not a venture the government should just jump into without painstaking and wide consultations to get the approval of citizens and stakeholders. Two years after the botched start of Air Nigeria, it is apparent that the government has not learnt anything from its own missteps, and the missteps of its predecessors. For instance, the government according to Sirika has engaged investors to partner with it to float the national carrier. Curiously, he failed to state who the investors are and what their capacity is and how much of such investments they plan to make in other countries at this time of the global economic meltdown.

It is also apparent that the vast majority of Nigerians in the face of competing national priorities are not swayed by the fanciful talks of a national carrier, which details, business case and sustainability plans are at best nebulous. And the more the government continues to dodge the hard questions of what the exact motivations are, the clearer it becomes that this national carrier business would as well serve as a “carrier” of public resources into a few private bank accounts. In the circumstance, citizens have a duty to raise their voices and pressure government not to embark on another wild goose chase, which will result in the careless frittering away of public funds.

The Nigerian people directly and through their representatives in parliament must make it clear that white elephant projects in this time of serious economic downturn and high poverty and unemployment, are absolutely unacceptable. The minister of Aviation and his team should concentrate on proper regulation of the sector to enable the private operators thrive instead of pursuing an unclear, unpopular, and unsustainable bogus national carrier project. Energy, time and resources should be concentrated on making the operating environment conducive such as upgrading the existing airports for the private sector players who are currently in the space, and have mastered the game. The ministry would serve the national interest better if it can end the inconsistencies which characterise the implementation of its policies in the sector.

Above all, there are airlines, which have demonstrated capacity to represent and project the Nigerian brand anywhere in the world. These airlines have braved the toxic nature of the Nigerian business environment to make their mark on the global stage. Instead of ventures which will merely waste scarce resources, the government should consider supporting these private businesses through synergies and mutually beneficial relationships. This is the global best practice; government-dominated national carriers are no longer in vogue because they are not sustainable, and they become a drain pipe on the public treasury due to inefficiency. It is better for Nigeria to learn from the past by resisting the temptation to plunge into another venture, which could get our fingers burnt, yet again.