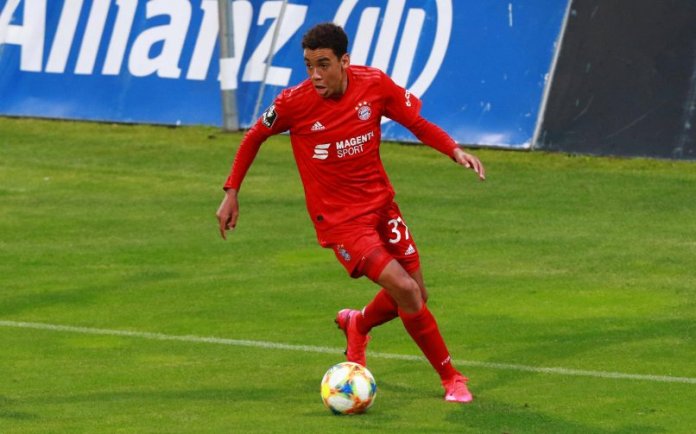 England U21 boss Aidy Boothroyd has announced his roster for this month’s UEFA U21 EURO qualifiers home double-header against Andorra and Albania with Musiala earning a well-deserved maiden call-up to the squad.

In the current season, Musiala has been included in every single matchday squad announced by Bayern Munich head coach Hans-Dieter Flick – 12 in total and was handed minutes in eight games.

Born in Stuttgart, Germany but spent most of his childhood in England, the attacking midfielder is eligible to represent Nigeria through his father.

He has played non-binding games, all of them friendlies, for Germany U16s as well as England U15, U16 and U17 national teams but has no tangible connection to Nigeria’s youth teams though he is a potential recruit as Super Eagles manager Gernot Rohr has close ties with the player’s club Bayern Munich.

An appearance against Andorra or Albania will provisionally cap-tie Musiala, meaning he has to request for a change of association if he decides to play for Nigeria or Germany in future.

The 17-year-old is joined in the England U21 squad by Crystal Palace winger, Eberechi Eze, who is being wooed by the Nigerian Federation.