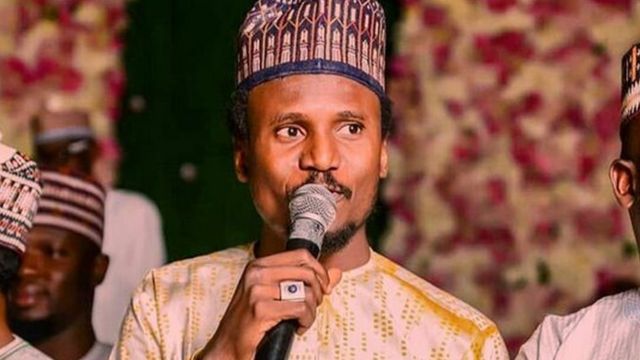 The popular Kano singer, Naziru Ahmad, also known as ‘Sarkin Waka,’ has again been remanded at a correctional centre following his inability to meet the bail condition granted him by a Magistrate Court in Kano State.

Counsel to the singer, Tajudeen Abdullahi, who confirmed the development yesterday in Kano, said they are currently trying to secure his bail.

“We are now trying to persuade him to review the conditions in order for us to secure his bail.

“We tried even with the present situation, but we realised that some government agents are blocking it, and we are trying to see how we can sort it out now,” the counsel said.

Ahmad was arraigned by the Kano State Censorship Board for allegedly releasing two uncensored and unlicenced songs titled: ‘Gidan Sarauta’ and ‘Sai Hakuri’ before the court last Wednesday where he was granted bail for N1 million.

Part of the bail conditions is that the two sureties must be his biological father or relations, and a Wakilin Gabas, Arewa or Kudu of Kano or in the alternative, a Hisbah Commander in any of the 44 local government areas of the state, while the sureties must also deposit their international passports with the court.