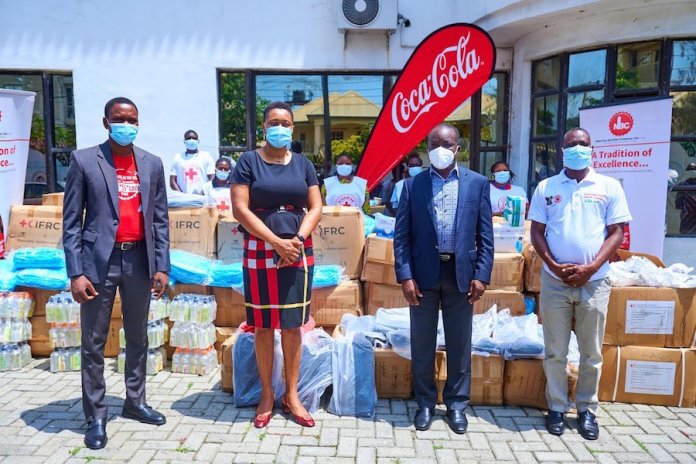 With many countries, including France, the United States and the United Kingdom, now experiencing a second wave of COVID-19, there is need for Nigeria to prevent this resurgence in the country through the protection of health workers on the frontline, as well as intensify campaigns against the disease. Martins Ifijeh writes

When the World Health Organisation (WHO) in January alerted the globe to the emergence of COVID-19, there was panic across continents. It was the first time since 2009 that the entire world would confront a global pandemic.

At least, three existing generations must have felt a sense of novelty, with most inexperienced and some deeming it an unfathomable scenario. WHO eventually called a global state of emergency, calling on all healthcare workers to once again don their uniforms to save the world from an impending pandemic which would prove to be utterly devastating to many lives, businesses and economies in the subsequent months.

The virus had reportedly emanated from a Wuhan lab in China with other publications linking it to the consumption of tainted bat meat. Accurate details of its origin are still unclear, but the sheer panic and fear it instilled still lingers even as the number of confirmed cases appear to be on the decline.

The virus had made its way from China, down to Europe and then to North America and other remaining continents of the world before making its stop in Africa. In Nigeria, records of the first-ever COVID-19 case was on February 27 when the National Centre for Disease Control (NCDC) confirmed that an Italian citizen in Nigeria had contracted the virus.

While the Nigerian government’s response to the virus was reactive, it was a response nonetheless. Airports were shut indefinitely, lockdowns and curfews were imposed, and certain businesses ordered to shut down operations for the unforeseeable future.

In the nine months since the virus made its way to the country, Nigeria has witnessed different phases of contraction, including a peak period, a medial phase and now, a period characterised by a reduction in infection rates across the country.

While the world ground to a halt due mostly during the second quarter of this year, some gears never stopped grinding to keep the wheels rolling. Health workers were immediately thrust to the frontlines – testing, treating, and helping in the nursing of patients to optimum health. However, their jobs were made harder than ever due to certain factors. First, they had to circumvent the poor healthcare system in the country to maximise treatment.

Also, public mistrust and misinformation took centre stage with many ignorantly dismissing the virus, describing it as the “rich man’s disease” and an embezzlement ploy for allocated response funds, resulting in non-compliance with lockdown measures and social distancing restrictions. This potentially undermined the impact of the government containment response and more specifically, it rendered the painstaking work done by health workers over the past few months almost useless.

What was even more dispiriting was that healthcare workers were subjected to prolonged isolation from their families, resulting in considerable amount of mental stress. According to numerous research papers – depression, anxiety and stress have been prevalent among healthcare professionals.

Fortunately, in October, the number of confirmed cases is evidently on the decline. However, to ensure the country completely defeats the health crisis, it is important to eradicate complacency.

Nigeria can take learnings from developed countries currently experiencing a second wave. The United Kingdom, for example, has received backlashes over its initial response to the pandemic. s National Health Service (NHS) workers complained that a shortage of vital personal protective equipment (PPE) put them at risk while some staff said they were forced to wear bin bags as makeshift protection, according to The Telegraph.

At the height of the outbreak, some NHS staff were sick or forced to quarantine because of suspected exposure. Other countries across Europe currently seeing resurgence in COVID-19 cases after successfully slowing down outbreaks include Albania, Bulgaria, Macedonia France, Poland, among others. France last Thursday commenced a one month lockdown following a second wave of the disease. The US has started experiencing a surge in cases, with experts already warning that the present wave might be bigger than the first if care is not taken.

The Director General of the Nigeria Centre for Disease Control (NCDC), Dr. Chikwe Ihekweazu had last week warned that Nigerians will begin to see the effect of the #ENDSARS campaign in increase in COVID-19 cases, as the protest did not put into consideration the need for social distancing, wearing of face masks, among other health protocols against the disease.

Health workers believe the country is at a critical stage in the eradication of the virus, and that its response to the declining numbers of confirmed cases could be a determining factor in reaching the finish line as well as prevent a second wave.

Stakeholders like The Coca Cola Foundation believed for Nigeria to prevent a second wave of the pandemic, health workers must be equipped to play a key role for that to happen; laying emphasis on the provision of personal protective equipment.

To TCCF, the philanthropic arm of The Coca Cola Company, health workers are first on the scene during diagnosis of the infected and have an increased risk of contracting the disease if not adequately protected.

The foundation has devised a strategy that would directly impact the lives of those they sought to provide relief for, with the exercise involving a painstaking work, and guarantying the company’s impact in the lives of key stakeholders in the COVID-19 relief efforts.

One of the stakeholders the company identified and deemed crucial were health workers. TCCF leveraged its longstanding relationship with the International Federation of Red Cross and Red Crescent Societies to support national efforts in the fight against the disease through the provision of essential medical supplies, personal protective equipment and risk communications to impacted communities, healthcare personnel on the frontlines and treatment centres across the country.

Corroborating the above excerpt is a local perspective from the Chairman, Committee on COVID-19, Nigerian Medical Association, Lagos State chapter, Dr. Japhet Olugbogi. In his words, “Health workers are like soldiers. You cannot send a soldier to the battlefront without giving him ammunition, body armor, helmet, boot and uniform. So, health workers need adequate PPE.

“ Concerning the transmission of the virus, I have said it before, health workers are the most at risk. They are the ones that can spread the infection more than any other set of people. This is because they have direct contact with these patients. If they get infected, they can spread it to other patients. They can spread it to their colleagues and to their family members.”

In early September, WHO revealed that over 41,000 health workers have been infected with COVID-19 in Africa. This raised concerns about the ability of countries like Nigeria — which only has about 0.4 doctors per 1,000 people — to successfully control a pandemic that has overwhelmed even better-resourced health systems, as reported by Devex. Multiple local reports in April revealed that over 40 health workers had contracted COVID-19; that number has more than quadrupled with over 1000 health workers confirmed to have contracted the virus as at September 2020.

As the pressure increased on a handful of key health facilities across the country, so did the risk of infection for the health professionals working there. Currently, as the number of confirmed cases continues to reduce across the country, it is expected that some level of complacency will set in, with most public spaces declaring themselves open and more people choosing to ignore preventive measures.

The Coca-Cola Foundation’s intervention could not have come at a better time and points to the company’s approach to COVID-19 relief as well-informed. By providing health workers – who are at a high risk of infection and spread due to their patient-facing role – with much-needed protection at this critical stage, we are closing a loop which otherwise could devastate a country still finding her feet socially, economically, and health-wise.

The journey to eradicating this virus is still a long one. Nigeria has done remarkably well in responding to the threat and containing it. At this critical stage, it is expedient that the public and private sector direct their resources towards ensuring the circumvention of situations that could land us in the second wave of COVID-19 – a situation which would no doubt plunge the country into unprecedented levels of crises.