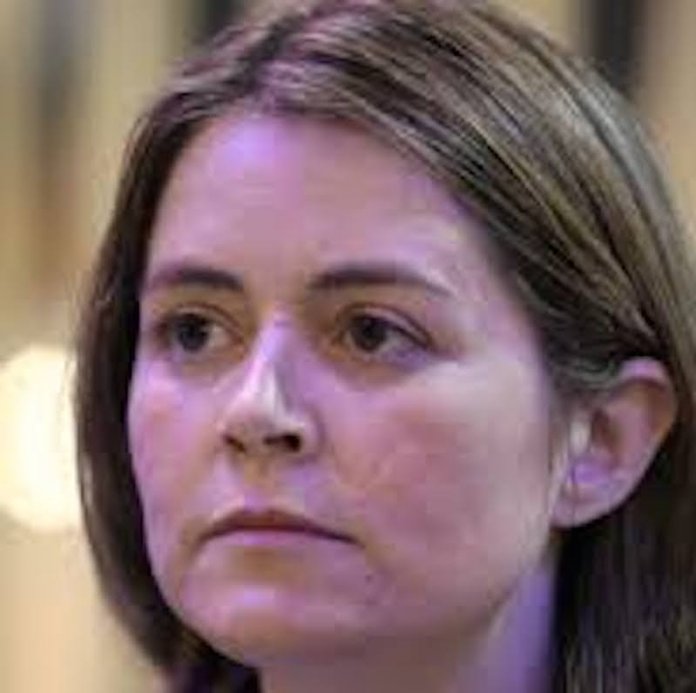 The Chief Executive Officer of the Sanitation and Water for All, the global multi-stakeholder partnership committed to achieving universal access to clean drinking water and adequate sanitation, Ms. Catarina de Albuquerque, in this interview speaks on why there is large financing gap in water, sanitation and hygiene and how that can be filled. Dike Onwuamaeze brings the excerpts:

Why do you think there is such a big financing gap when it comes to achieving the water, sanitation and hygiene-related targets?

There are several reasons that are all part of the vicious cycle. Very often what we see is a lack of enthusiasm by ministers to give greater allocations to the sector because it is seen as a sector that brings bad news and drains public budgets. All these circumstances then also lead to a lack of political prioritisation, which then leads to a lack of funding. For example, it’s as if the money is used to build a school but no thoughts are given to finding teachers, furniture, and books. This is what happens in the water, sanitation and hygiene sector. Not enough attention is being given to the systems that are needed for the infrastructure to work properly: policies, regulations of monitoring, of accountable institutions and professionals. This is what we call systems blindness. Some years ago, I was in the Pacific Island States. I saw a building and was told it was a desalination plant that had been built years ago with the support of a development partner. The problem was that this country did not have a systems approach, hence they could never recover the money they were spending on the energy to run the plant. They didn’t have anyone who knew how to operate the plant, or any spare parts, or anyone who could fix problems. It was basically a white elephant. When I asked the minister about his strategy to provide water, he said “We are building eight desalination plants.” Here you see a huge divide between just focusing on the infrastructure and focusing on the systems.

Official development assistance commitments to WASH increased by per cent between 2016 and 2017, indicating renewed focus by donors, but what other sources of investment need to be mobilised?

I could mention some out-of-the-box, innovative financing mechanism, such as creating enabling environments to attract private investment so the state could focus on the non-sexy invisible issues such as independent regulation, policies, and capacity building. But the reality is that a large part of the change will need to come from how governments and their partners work with the financing sources they already have, but are underutilized; domestic water tariffs, taxes, and micro and macro loans. We know that when water and sanitation tariffs are low, the state is subsidising the rich because they are the ones connected to the network. People living in remote and rural areas or slums are not connected. They either need to take the water from the well or a protected water source and then boil or filter the water or buy water from a private informal water vendor where there are no guarantees of quality. There is also a tendency by donors and external support agencies — even United Nations agencies, big nongovernmental organisations, and private foundations — to fall back on project financing and not look at sector-wide approaches. External sources such as aid, development funding and concessional loans can have a catalytic effect if well used.

Would you say there are certain political and institutional reforms that need to be made in order to achieve SDG 6?

It depends on the development of the sector in a specific country. Sector planning to ensure that public funds are effectively directed to the most challenging areas would indeed help governments focus on how to finance their goals. With that there is tariff policy that is focused on cost recovery allowing public funds and needs to be reserved for the less attractive investments: rural water supply, water supply to most marginalised areas, etc. While we would then gradually decrease subsidies for the mainstream urban water supply — which is much more appealing for commercial investors, for example — in addition adequate tariff structures being in place and an effective regulatory environment for the sector is essential to ensure the delivery of affordable, high quality and sustainable services. In terms of banks and investors, their performance and accountability levels of water service providers in developing countries are too often still unknown. The foundation of a healthy investment climate demands stronger sector regulation: well-documented standards with targets for performance, clear lines of accountability, incentives, and penalties.

Are there any interventions that you believe represent best value for money for the private sector or government to invest in?

There are no silver bullets. The call of my partnership, the SWA, is for a much more macro approach that is not mainly focused on projects. Only putting money into one side of the system will not lead to the desired changes. On the other hand, investing in the institutional set up and capacities of the people will mean more efficiency and money saved that can be used for additional investment. For governments, I would say you need to lead and take up the responsibilities that you have. You cannot delegate, wash your hands, or expect international development banks, the U.N. agencies, civil society, or the private sector to do the job that you are mandated to do. But don’t do it alone: bring in others and gain from their experience and knowledge. Convene and work in a multi-stakeholder fashion. Allow for meaningful participation; involve the people who are the beneficiaries. Bring along the people who make financial decisions is key, hence the SWA’s regular Finance Ministers’ Meeting. On 4 November, we’ll hold the Africa Finance Ministers’ Meeting. They are a unique opportunity for our sector to position itself not as a drain on national resources, but as an investment in the human and economic development of a country. Ultimately, make sure you also have an enabling environment. Invest in systems of accountability and you’ll see you are planting seeds that will flourish very quickly: you will attract investments and build confidence among donors. You will have all the elements to allow the sector to flourish.

What is the situation in the African continent when it comes to investment in water, sanitation and hygiene?

Several African countries are implementing some of the most innovative approaches in the world when it comes to using taxes, tariffs, external transfers and repayable finance to ensure people’s access to water and sanitation. For instance, Kenya’s reform programme in the urban water and sanitation, Rwanda’s innovative funding mobilisation programme, Senegal’s mechanism that ensures social projects are funded by projects that can easily access financing and Egypt’s initiatives to reform the water and sanitation as a vehicle for employment generation and increasing women’s involvement in decision-making. Through the SWA partnership these governments are sharing these experiencing with other regions. These innovative approach are very welcome because in 2015, 736 million people in Africa lacked a basic sanitation service, 234 million of whom practise open defecation. In the same year, 435 million people in the region lacked a basic drinking water service in 2015, 84 per cent of whom live in rural areas. Also, 810 million people lacked a basic handwashing facility in 2015, 600 million of whom had no facility. Also, 500 children die every day from lack of safe water and sanitation in sub-Saharan Africa.

Invest in systems of accountability and you’ll see you are planting seeds that will flourish very quickly: you will attract investments and build confidence among donors. You will have all the elements to allow the sector to flourish