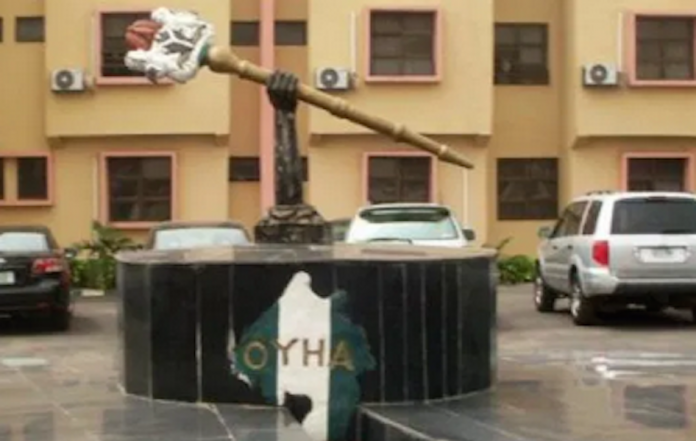 This just as the House directed the affected Caretaker Chairmen to hand over to the Secretary to the Local Government in their council so as not to create any vacuum.

The House during its plenary yesterday hinged the indefinite suspension of the 13 Caretaker Chairmen on their failure to submit the report of the status of earth moving equipment in their respective councils to the House as requested and directed.

The House had on two occasions directed all Council Chairmen in the state to submit the report and gave October 23, 2020 as deadline for the submission of the report.

The Speaker, Hon. Adebo Ogundoyin, in his remarks, said the affected Caretaker Chairmen demonstrated gross incompetence over their failure to bring a simple report on the state of earth moving equipment in their different domains, stating that the house was really disappointed in their action while the people have also lost faith in their ability and competence.

According to him, “In Section 21 of the Local Government Law , it says without prejudice to the provisions of this law and sequel to the petition received by the State House of Assembly and upon investigation, any culpable Chairman or Vice Chairman shall be recommended for suspension or removal by a resolution of the House. It is not a witch-hunt of any Chairman. Thirteen Caretaker Chairmen failed to honour and respect the directive of the House.”

While earlier presenting the report of the Committee on Local Government and Chieftaincy Matters, the Chairman of the committee, Hon. Segun Ademola, representing Ibadan South East 2, said despite the grace of another two weeks given by the house to the chairmen they still failed to submit the report of the earth moving equipment.

The Deputy Speaker, Hon. Muhammad Fadeyi, in his contribution, lauded the committee for doing a good job and described the action of the 13 Caretaker Chairmen as an affront and an insult to the 9th House of Assembly hence they should be suspended indefinitely.