Ahead of the November 13, Africa Cup of Nations (AFCON) qualifier between Super Eagles and Leone Stars scheduled to hold in Benin City, President of the Nigeria Football Federation (NFF), Amaju Pinnick, has boasted the visitors from Sierra-Leone will fall in the double-header qualifiers.

Pinnick who spoke shortly after inspecting facilities at the Samuel Ogbemudia Stadium, venue of the match in company with Edo State Deputy Governor, Philip Shaibu, however, appealed to the Confederation of African Football (CAF) to allow the installed Video Assistant Referee (VAR) facility to be used for the match.

He described the facility as a tremendous Improvement from the last time he visited the stadium, adding that it is similar to what obtains in other parts of the world.

“This is a tremendous improvement from the last time I came here. This is like what you see in other climes, so I am very impressed with what is on ground here. I commend the governor and his team, especially the deputy governor for ensuring that we have this world-class facility that we are proud of.

“As for the visitors, we will quietly beat them home and away,” pledged the NFF chief.

Pinnick hinted that an arrangement has been made for a chartered flight that will take Super Eagles to Sierra Leone for the reverse fixture four days later.

Excited by the facilities at the Samuel Ogbemudia Stadium, Pinnick promised to also bring the senior women’s team, the Super Falcons to also play in Benin City.

“We are also going to bring in the Super Falcons, they are the most successful team in Africa because this is their home.”

The NFF boss said because of Covid-19 and the need to observe the necessary Protocols, letters have been sent to the Federal Ministry of Youths and Sports, the Presidential Task Force on Covid-19 and CAF to allow fans and officials occupy half of the seating capacity of the stadium.

On his part, Edo State Deputy Governor, Philip Shaibu said the Godwin Obaseki-led administration “is excited having an international football match as the first event to be played at the new Samuel Ogbemudia Stadium.”

He noted that international standards was followed in rebuilding the stadium to world-class.

Shaibu stated that the state’s COVID-19 Taskforce was already being engaged to be part of the game to ensure all regulations are observed before, during and after the match.

“We are excited that we will be having an international football match here as the first event to hold at the brand new Samuel Ogbemudia Stadium and that was what it was intended to achieve.

“We followed international standards when we were rebuilding the stadium and we were in touch with the NFF to guide us with all the FIFA regulations so what you have here today is an international stadium.

“The Covid-19 taskforce in Edo State is already being engaged to be part of this game to ensure that we observe all regulations and we will want the VAR to be used so doubting Thomases will know that we are not joking”, the Edo deputy governor concluded. 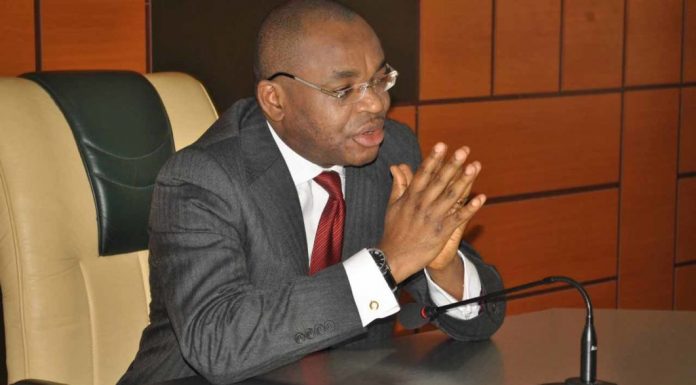 DAVIDO’S ACT OF CARE FOR THE NEEDY