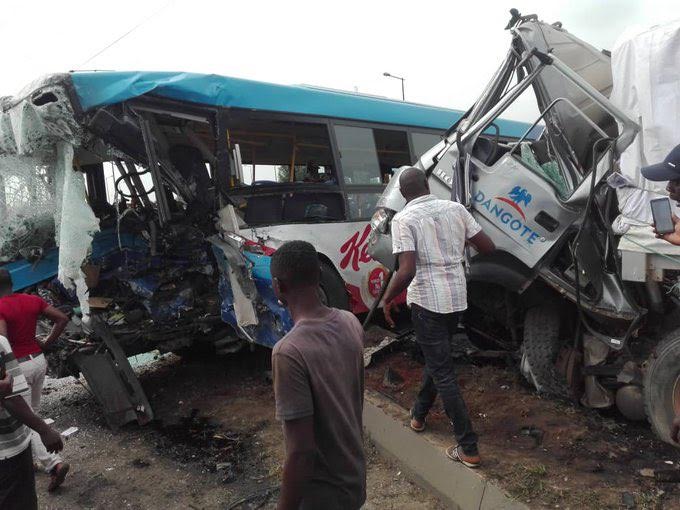 By Deji Elumoye and Adedayo Akinwale

President Muhammadu Buhari has expressed sadness over the gruesome vehicle accident in Mgbowo, Awgu Local Government Area of Enugu State, in which scores of people died, most of them school pupils.

This is as Governor Ifeanyi Ugwuanyi of Enugu State has expressed deepest commiseration to the families of the school children from Awgu Local Government Area, who died and sustained injuries in a fatal road accident that occurred in the council area.

Special Adviser to the President on Media and Publicity, Mr. Femi Adesina, in a statement issued yesterday, said the President condoled with families and kith and kin of the dead, while praying that God would grant them succour, and spare the country of such tragedy in future.

The President also commiserated with the Catholic Church of Awgu, which runs Presentation Nursery and Primary School that the pupils attended, and the Enugu State Government.

He enjoined vehicle owners to ensure roadworthiness, as initial reports attributed the accident to brake-failure by the truck involved.

Also in a statement by the Enugu State Commissioner for Information, Nnanyelugo Chidi Aroh, he said Governor Ugwuanyi received with sadness the news of the unfortunate accident, also commiserated with the Catholic Bishop of Awgu Diocese, His Lordship, Most Reverend John Okoye, the Chairman and good people of Awgu LGA, over the tragic incident.

Aroh disclosed that the governor assured people of the Awgu LGA of the solidarity and support of the state government and directed the State Commissioner for Health, Dr. Ikechukwu E. Obi and the council chairman, Hon. Pedro Nwankwo to take all appropriate and necessary actions regarding the incident.