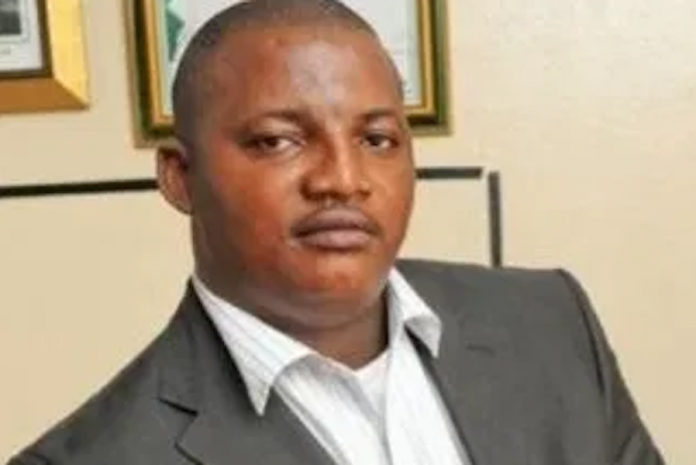 The Registrar/CEO of Advertising Practitioners Council of Nigeria, Dr. Olalekan Fadolapo, in this interview, speaks on his plan to reposition the advertising industry. Raheem Akingbolu brings the excerpts:

Agitation for the inauguration of the APCON council was at the peak when you were appointed as registrar two months ago, what step will you take to push for that?

Let me start by stating that there is no vacuum in government. Much as I know and appreciate the importance of having a well constituted council, I am also aware that in the absence of none, the Minister of Information, which is the supervising minister for advertising fills in the gap and oversees the affair of the industry. That said, I am working closely with stakeholders, especially heads of sectoral bodies on the issue and I am sure it will soon be resolved. With the appointment of the registrar, the next step would be the council inauguration. Meanwhile, the law that established APCON states that even when the council makes a decision, they still need to get back to the supervising minister, and in the absence of a council, the minister shall act. So, it is a function of us putting our proposal together and presenting to the minister. Instead of the council doing this, the management will present our proposal to the minister and get necessary approval. That is what is in the law. However, I am sure it’s also a top priority for the government, but the absence of the council is not enough to justify our failure.

Another issue in the industry is preference for foreign agencies to handle campaigns at the expense of local players. What do you think APCON can do, especially in the promotion of local content?

What step would you take to address the overlapping functions in the sixth version of the broadcasting code released by the National Broadcasting Commission (NBC)?

It is a simple issue to address if we consider the fact that government agencies are allowed by law to collaborate and achieve goals that would grow the economy. Yes, our members kicked that there were functions ceded to other agencies which were already in advertising code. To resolve this, I have started talking with relevant agencies to address those knotty areas. Few weeks ago, I met the Acting Director General of the National Broadcasting Commission; Prof. Armstrong Idachaba, to seek collaboration and promote policies that would improve the advertising industry and strengthen inter-sectoral relationship. I took the move in my determination to make sure APCON develop a new business framework and Standard Operating Procedure for the advertising industry. The business framework would be comprehensive and would address critical industry concerns which include industry debt, payment policy, inter and intra sectoral relationships among other issues. As I speak, APCON and NBC as the two government agencies regulating advertising practice and the broadcast media have agreed to collaborate to ensure the resolution of the age-long industry debt, adherence to advertising code among other critical industry issues.

You met an APCON that was yearning for the implementation of advertising industry reforms, are you revisiting the reform process?

My vision for APCON is to mould it to a regulator that will provide a healthy environment for all competitors within the industry. An APCON that is closer to the people, players, practitioners and stakeholders, that is, the advertising community. Fortunately, I was the secretary of the Advertising Industry Reform Committee that was set up some years ago. We took a look at the industry, found the challenges that the industry was facing. So, we came up with so many things. We looked at them vis-a vis other professions in Nigeria and the global practice — the best business practices. It may interest you to know that in other countries, there is a standard operating framework that guides the relationship of every stakeholder in the industry: the client and agency, and between the agency and the vendors. But in Nigeria, we do not have anything we can hold on to. So, we are looking at a new APCON that has a standard operating manual for the entire advertising industry, even in the issue of contract and payment policy. These are some of the issues we are going to look into. For now, I’m consulting. I’m talking to all the sectoral groups. Asking them: ‘What are the major challenges you want us to address?’ All this, put together, will form our new operating manual.

With COVID-19 and other challenges, 2020 appears harsh for businesses to thrive; will you still embark on the reform this year?

Well, we would take the remaining part of this year to take a detailed look at it. So many things have changed between the last time the industry reform was done and now. For example, the new government policy on ease of doing business, you also need to take that into consideration.

The Company and Allied Matters Act (CAMA) have been amended, you need to take that into consideration as well. For you to apply for corporate licence before, you needed to be a company with a minimum of two shareholders. The amended Company and Allied Matters Act said it is one shareholder. There is also a provision for liability partnership, which was not there before. We are looking at the new provision of CAMA and how we are going to situate our own industry reform into this and how we are going to make it better. Let me tell you this, if we start this, the advertising industry can create 5,000 jobs immediately and that is part of government’s policy: job creation. You can quote me on this that if we implement the APCON reform, we will create 5,000 jobs.

In what ways has APCON carried along all the stakeholders in the discharge of its mandate over the years?

Over the years, there has been a council with a representation of all the sectoral groups. Now that there is no council, what I am doing is consulting with all the groups and I’m calling them up. We will be having a meeting, which will be more like my own consultative body, because we are not going to take any decision that will impact their business, negatively.

What is the state of the media debt?

Several years ago, a Special Committee on Media Debts Issue (ACOMDI) was set up. Members of the committee were drawn from the major sectoral associations, namely ADVAN, AAAN, BON, MIPAN, OAAN and NPAN. I served in that committee. The media houses were requested to bring their statement of accounts because the thing was more to reconcile the debts. At the end of the day, most of the media houses did not respond because of business relationships with the agencies of the parties involved. The people that responded also had so many reconciliatory issues. The issue is also coming up again. I have been meeting with the Director General of NBC, we are the two regulatory bodies involved in this, and we both agreed that going forward, we would have zero tolerance for industry debt, and that is where our standard of practice will come. We will also define business relationship and what is classified as debt. Now, if any organisation owes a media house, and it is confirmed that they are not paying or have been paid but are not remitting, we would take a decision. NBC and APCON will make a pronouncement. NBC issues licence to the media house, while APCON issues licence to the advertising agencies, so as their regulators, we have resolved to come in and ensure we bridge this gap and to ensure we resolve this issue and give you the permanent solution.