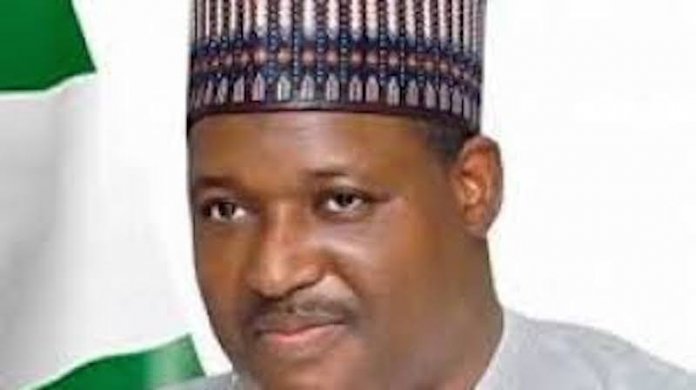 James Emejo and Folalumi Alaran in Abuja
The federal government has reiterated its commitment to tap into opportunities in the global regular and chilli pepper market.

The market was estimated at over $5.8 billion in 2019, compared to $4.5 billion in 2015, and had been projected to reach about $10.6 billion by 2030.
The Permanent Secretary, Federal Ministry of Industry, Trade and Investment, Dr. Nasir Sani Gwarzo, made the pledge during the inauguration of the Executive Committee of the National Pepper Producers, Processors and Marketers Association of Nigeria (NAPPPMAN) in Abuja.

He tasked the association, led by its National President, Mr. Mahmoud Mahmoud, to assiduously and diligently carry out the assignment of promoting the development of the commodity for both domestic and international markets as well as enabling the country to rank among the top three of the world’s largest producers and exporters of regular and chilli peppers within the next two years.

The permanent secretary said the government remained keen towards implementing strategies that would stimulate pepper production and value-addition to boost exports, “so that farmers can tap maximally into the over $5 billion global pepper market by exporting value added pepper products and earn more foreign exchange and job creation.”

He pointed out that from a continental perspective, Europe exported the highest dollar worth of peppers during 2019 with shipments valued at $2.9 billion, representing about 49.9 per cent of global supply adding that North America accounted for 35.6 per cent, Asia 10.4 per cent while Africa led by Nigeria recorded 2.7 per cent as well as Latin America including the Caribbean 1.1 per cent and Oceania led by New Zealand accounting for 0.2 per cent of global share.

Gwarzo further emphasised that Nigeria with annual average production estimates at 723,000mtns from 90,000 ha (FAO, 2015) was, “yet to fully harness the economic benefits from growing pepper despite the national potential in the production of the dollar crop across the 36 states and Federal Capital Territory (FCT).”

He, however, expressed confidence in the ability of newly established association provide appropriate monitoring, and guidance to its members towards the development of the value chain and also work closely with all relevant stakeholders in agricultural -commodity sector to drive innovation and entrepreneurship in the pepper subsector for the overall benefits of the operators and the country at large.

However, he said the ministry acknowledged some of the challenges facing pepper production in the country particularly lack of improved varieties for cultivation; influx of the products from Cameroon and Ghana; destructive methods of harvesting; informal export; low quantity and quality of harvest; lack of appropriate process technology and low level of investment in research and development activities.

He said: “Addressing these challenges, the ministry would convene a collaborative meeting with entrepreneurs and relevant Ministries, Departments and Agencies (MDAs), research institutions with a view to fashioning out implementable strategy to improve pepper production, processing, packaging and export in Nigeria.”
He added that the ministry will not relent until the yearnings and aspirations of the government and stakeholders for the pepper sub-sector are achieved.