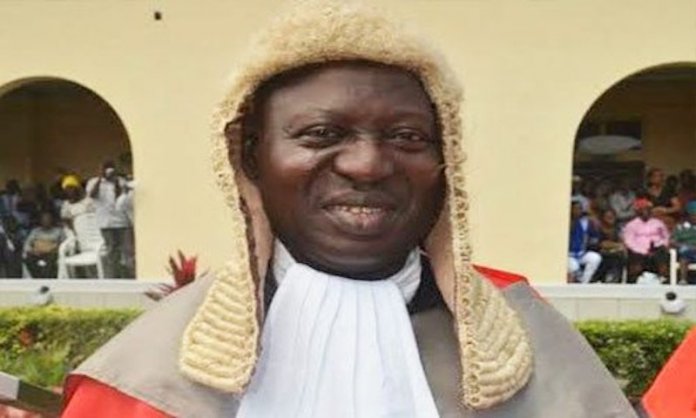 The Chief Judge of Lagos State, Kazeem Alogba, has stated that most of the exhibits and files tendered for various cases at the state High Court have been burnt in the arson wrath on the oldest court in Nigeria located at Igbosere area of Lagos.

This is as the former Governor of the state, Mr. Raji Fashola, discovered an abandoned camera at the Lekki Toll Gate Plaza which was the ground zero of the #EndSARS massacre.

Alogba, who disclosed this when South-west states governors and the ministers led by Governor Rotimi Akeredolu paid an on-the-spot assessment tour of the structures burnt by hoodlums who hijack the #EndSARS protest, however, said some files are safe and were not destroyed when miscreants set the court on fire.

The Chief Judge pleaded with the President of the Nigeria Bar Association (NBA), Mr. Olumide Akpata, who was part of the visit to appeal to his members to make case files available to the court in order to rebuild those destroyed in the attack.

At the Toll Plaza, an abandoned camera was found by Fashola who immediately handed it over to security operatives on the entourage.

However, it could not be confirmed if the camera was one of those allegedly removed by unknown people in the wake of the attack on the #EndSARS protesters by security operatives.