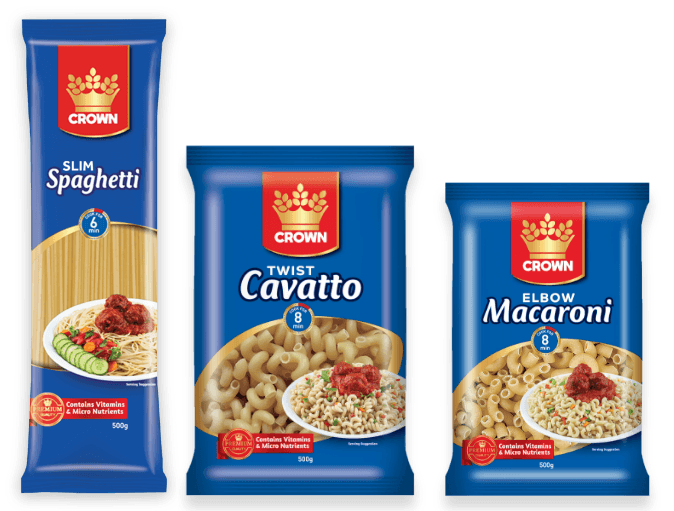 Crown Pasta has signed two Kannywood celebrities as brand ambassadors. They are popular musician, Ali Jita and actress, Halima Atete. Jita, whose hit song, ‘Love’, was selected by BBC as the second-best Hausa song for 2018, described his recent appointment as a Crown Pasta brand ambassador as a personal milestone achievement. The Kano State born musician who won the City People Music Award for the most ‘Popular Song in 2018’, further described his recent brand ambassadorship status as a career boost which will spur him to accomplish more successes.

He said: “I am glad to be signed on as a Crown Pasta brand ambassador. It signifies that I embody certain characteristics which are in line with the brand’s values. I would also at this point recommend Crown Pasta to consumers for its great attributes of being non-sticky and yet at affordable price.”

On her part, Atete, who hails from Borno State is prominent in the Kannywood industry. She won the ‘Best Actress Award’ at the 2013 City People Entertainment Awards shortly after making her debut in ‘Asalina’, a movie she wrote and produced. Other movies she has featured in included Kona Gari, Asalina and Dakin Amarya.

She said: “My appointment as a Crown Pasta brand ambassador gives me great joy. It is a reflection of the level of trust and confidence that the brand has reposed on me.

“Not only do I pledge to be a good brand ambassador, I’ll also make sure I spread the news about this great product especially to my fans and loved ones. I am also a consumer of Crown Pasta as well, and I attest to the great taste of the product.”

Business Head (B2C), Crown Flour Mill Limited, Mr. Nitin Mehta, while commenting on the appointment of the brand ambassadors said: “The brand is highly delighted to identify with the two northern entertainment icons who have distinguished themselves in the Nigerian entertainment industry.