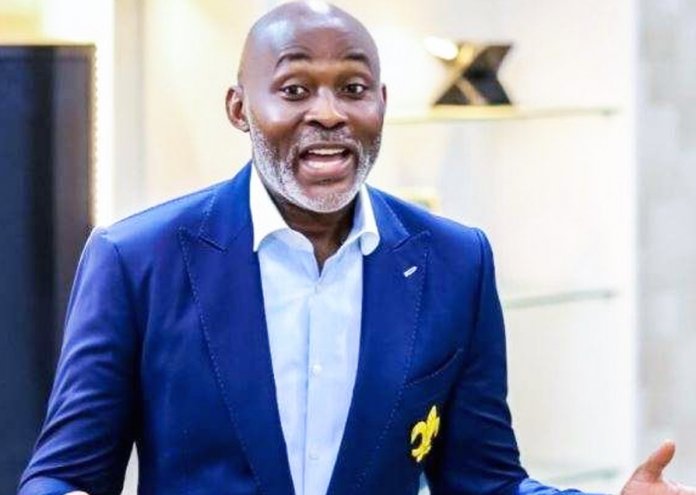 Nigerian movie buffs are to start viewing the flick, ‘The New Normal’, in Cinemas from November 20. Ferdinand Ekechukwu reports

As it continues to receive worldwide attention and critical acclaim, plans to ensure that upcoming movie The New Normal is brought home to the cinemas in the safest and most entertaining way before this year ends is set as the dramedy gets November 20th date. Its official trailer was also recently released. The movie was produced and directed by Teniola Olatoni, the CEO and Creative Head at Sourmash Stories Production, featuring movie stars such as Richard Mofe-Damijo, Mercy Johnson-Okojie, Bimbo Akintola, and Enado Odigie.

The New Normal revolves around the lives of four couples and a single friend as they navigate individual and collective issues of discrimination, nepotism, misogyny, infertility, addiction, and mental health, while trying their best to keep up appearances and escape society’s suffocating boots with their often hilarious and always surprising results; thus finding their way to a whole new normal.

Being that the phrase “The New Normal” is the biggest buzz word at the moment, stemming from the pandemic across the globe makes the theme so catchy. On the new movie title which fits so well with our current reality, one may think it was drawn during the lockdown. But the director, Teniola puts it otherwise in an earlier chat.

“It is incredible what we are all collectively facing worldwide right now and even more so that a title I chose a year ago which I considered pretty apt for the themes I was exploring in the movie should be the world’s catchphrase now! I feel like a soothsayer.”

Without giving too much away, she further shared the most intriguing aspects for the audience to draw from. “So, this is my take. Everyday, we have experiences.

Some simple insignificant ones we take for granted; others earth-shattering life changing. You have two choices – rollover and play dead or figure out how to deal with it. Each time we do that, we unconsciously create a new normal for ourselves. In The New Normal our audience will meet some very interesting, yet achingly relatable characters. Everybody knows a Banji and Nike, a Michael (OMG), a Sadia, even an Ejura (OMD).

“I cannot wait for you to meet them! The lessons? Plentiful! The laughs, the tears, the emotions, the issues each character has to deal with will draw you straight in and have you reconsidering what you think is normal!”

In recognition of the likely groundbreaking impact the film would have in Nigeria, the black Diaspora and the international community in general, the movie was found worthy and of the highest standard by the jury at the virtual American Black Film Festival Jury Awards where it won Best International Narrative last August. It was in a hotly contested category that had such amazing films like Coming From Insanity (Nigeria), The Male Revolt (Brazil), Get Luke Lowe (United Kingdom) and Efunsetan Aniwura (Nigeria).

In addition to the award, The New Normal has been invited to screen at other global film festivals.