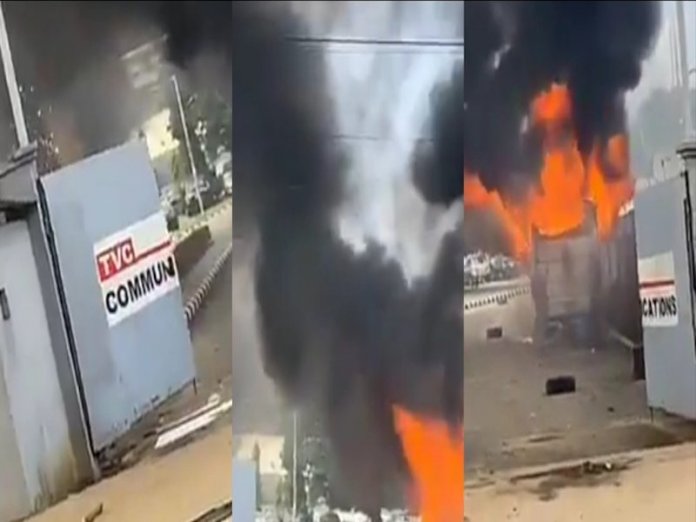 IZUNWANNE, a body of senior journalists of South-east origin, yesterday condemned in the strongest terms the Wednesday’s attacks on media houses – The Nation newspaper, Television Continental (TVC), and Channels Television in Lagos on Wednesday.

The group also condemned the destruction of lives across the nation, since the beginning of the #EndSARS protest.

It expressed worry that the attacks could lead to heavy loss of jobs and financial investments at a time of severe economic headwinds in the country.

The journalists said in a statement that the incidents would also constrict the media space and freedom of expression.

“We stand in firm solidarity with our colleagues in the media houses that have suffered these attacks, while calling for immediate stop of such evil acts.

“IZUNWANNE expresses the suspicion that such evil attacks could be an attempt to muzzle the media, attack the freedom of the press and diminish the right of individuals and groups to freedom of association and the right to establish organs for free expression.

“The 1999 Nigerian constitution provides the legal cover for the functioning of the press in Nigeria.

It charges the press to play a watchdog role in the society.

“Section 11, chapter 2, sub-section 22 stipulates that “The press, radio, television and other agencies of the mass media shall at all times be free to uphold the fundamental objectives contained in this chapter and uphold the responsibility and accountability of the government to the people.”

“Divergence of views and perspectives on politics or social issues does not give anyone the right or freedom to destroy media organs or public and private properties.

“The Constitution again protects the rights to own media.

“Beyond the media, IZUNWANNE is visibly disturbed by the attacks on cities in southern Nigeria.

“It has included setting fire to public infrastructure, such as police stations, Local government council buildings, government commercial enterprises, roads, as well as privately owned establishments such as banks, hotels, and breaking of prisons and other public facilities”.