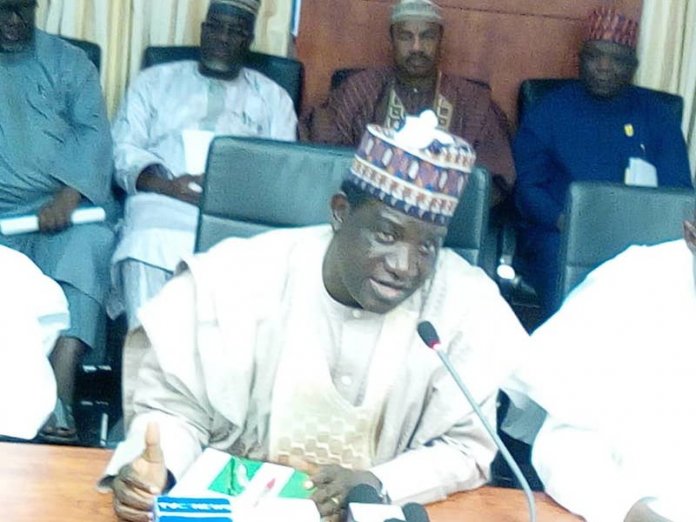 Northern governors have accused those they labelled as “diabolical influencers” of cashing in on the #EndSARS protests to push for a regime change.

The governors also wondered why the protests have persisted despite efforts by the federal and state governments to pacify the protesters.

In a communiqué issued yesterday at the end of their emergency meeting in Kaduna, under the auspices of the Northern States Governors’ Forum (NSGF), the governors urged Nigerians to support President Muhammadu Buhari, the federal government and democracy.

The communiqué, which was signed by the Chairman of the forum and Governor of Plateau State, Hon. Simon Lalong, said the forum discussed issues bordering on national security, particularly the nationwide EndSARS protest, which led to the destruction of lives and property in some parts of the country.

“Concerned by these developments, the Northern States Governors’ Forum met and deliberated on the matter.

“The forum, however, expressed concern on why the protests have persisted despite the magnanimity exhibited by the federal government and various state governments, and calls from well-meaning Nigerians to put an end to the protest,” the communiqué said.
While acknowledging the constitutional rights of all citizens to protest, the governors, however, condemned the attendant incessant destruction of lives and property during the protests.

It commiserated with those who lost their lives, the wounded and those whose property were destroyed.
According to it, “The forum strongly sues for unity and peaceful co-existence of all citizens and groups of people in Nigeria.

“Urge all Nigerians to see themselves as equal citizens of the country as the unity of Nigeria cannot be compromised.

“The forum regrets the diabolical influencers in form of hooliganism, ethno-religious bigots and even political marauders who are bent on pulling the nation down its knees and pushing for regime change.”

The forum called on all Nigerians to resist the people it called enemies of the nation by supporting the president, the federal government and democracy at large.
It appealed to all citizens for restraint from sentiments, harassment and intimidation of other citizens resident in their home states.

editor - November 28, 2021 5:34 am
7
GUEST COLUMNIST By Aliyu Gusau Sometimes life affords us opportunity to witness and participate in significant moments in history. Such an opportunity came my...