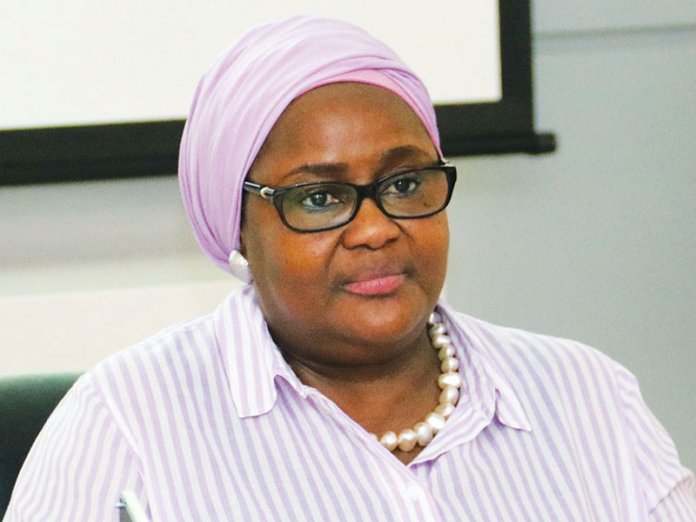 Despite widespread condemnation of the nomination of Aisha Dahir-Umar as Director-General of the National Pension Commission (PENCOM) by President Muhammadu Buhari, the Senate yesterday confirmed the appointment of Umar as substantive head of the commission.

This is just as the upper legislative chamber rejected the nomination of Hanna Musa Musawa (Katsina) as PENCOM Commissioner over her failure to produce the National Youth Service Corps (NYSC) discharge certificate as proof that she participated in the one year mandatory scheme after graduation.

The Senate Minority Leader, Senator Enyinnaya Abaribe, had on August 30 during plenary complained about the nomination of Umar, saying her nomination was at variance with the provisions of the National Pension Commission Act 2004.

By last week, he further petitioned the Senate committee on Establishment asking it to stay action on the screening of Umar.

In the two-page petition dated October 14, 2020 addressed to the Chairman of the committee, Senator Ibrahim Shekarau, which was entitled “A Petition Against the Nomination of Aisha Dahir-Umar as Director-General Of Pension Commission (PENCOM)”, Abaribe asked the committee to stop forthwith the screening of the DG nominee as it is at variance with the Act establishing the Commission.

At yesterday’s confirmation hearing, Abaribe for the umpteenth time reiterated his opposition to Umar’s nomination as well as confirmation.

He said: “I rise to once again express my opposition to the candidature of Umar as PENCOM DG as it is at variance with extant laws”.

Abaribe said: “When the nomination was made, I stood up here and said that I have some reservations about the nominee for the position of the DG. I also went ahead to write to the committee giving reasons for my disagreement.

“The committee chairman graciously looked at what I wrote and sent a response to me. In his response, he said that Section 20 (1), 21 (1 and 2) of the PenCom Reform Act of 2014 which I relied on is not applicable to the present situation on the grounds that this is not an intermittent vacancy envisaged under those provisions.

“Rather, he said, it was a new governing board after the dissolution of the former board legally by the President.

“I want to comment on his response because when the former DG was removed by the President, the government found it imperative to appoint another person from the same zone to be appointed but rather than doing that, the President waited for two years so that the tenure of the board would expire.

“They are now saying that the tenure of the former board had expired and that ‘we are constituting a fresh board’. It is very strange to me that we would use the law in this manner. The government waited for a whole two years before taking action because it doesn’t want anybody from a particular geopolitical zone to sit on the seat.

“That is why we are so worried. We know that the President has the right to appoint someone but he should do so within the law. We therefore wanted this particular matter to be revisited by this Senate. If the tenure of the former DG has expired, why can’t we go back to the zone of the person who didn’t finish her tenure?”.

Lawan in his response said, “You (Abaribe) would have been perfectly right if when the DG was removed, two years ago and the board was in existence, the President decided to appoint someone else from another geopolitical zone.

“The board has finished its tenure for whatever reason, there was no replacement of the DG, now the question of replacement does not even arise. There should be no argument about someone from the geopolitical zone of the former DG should be appointed as replacement. The entire life of the former board has expired. So, there is no basis for this argument because it will fall flat on its face”.

The Senate President thereafter put the confirmation of Umar to voice vote by the Senate which was affirmed while Dr. Oyindasola Oni was confirmed as Chairman.

The upper legislative chamber also yesterday received a request from President Buhari for the confirmation of Mr. Sanusi Garba as Executive Chairman of the Nigeria Electricity Regulatory Commission (NERC).

Also to be confirmed are: Dr. Musiliu Olalekan Oseni as Vice Chairman; and Aisha Mahmud as Commissioner.

The request was contained in a letter dated October 15, 2020, and read on the floor during plenary by Lawan.

According to the President, the request was made pursuant to Sections 34 and 40(1) of the Electricity Power Sector Reform Act.

In another letter, President Buhari sought the confirmation of appointment of the Chairman and Members of the Federal Competition and Consumer Protection Commission Tribunal.

In a related development, the President in a third letter requested the confirmation of Chief Onyemuche Nnamani as a member of the Police Service Commission (PSC), to complete his predecessor’s tenure.

According to the President, Nnamani’s appointment “is due to the demise of Dr. Nkemka O. Jombo-Ofo, member representing the South East region.”