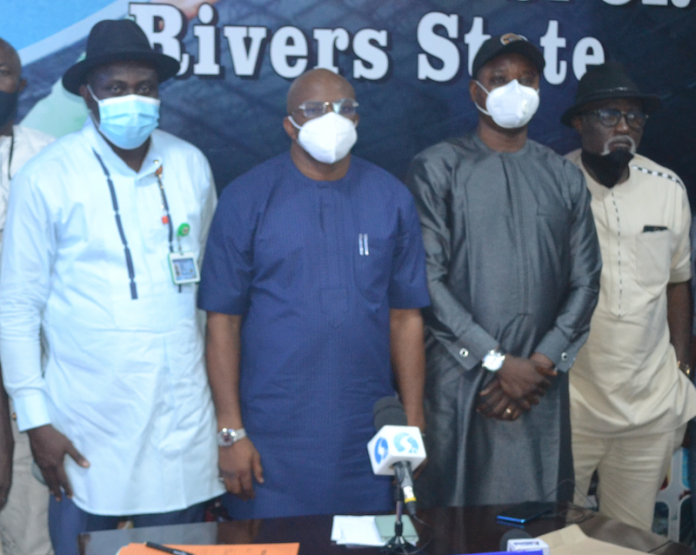 Rivers State Commissioner for Sports, Boma Iyaye has tasked the committee in charge of the second edition of Governor Wike Pre-Season Football Tournament to ensure a successful competition in strict compliance with laid down rules and regulations.

Iyaye, who stated this during the inauguration of the committee in Port Harcourt yesterday, stressed that organizing a successful tourney will not only reiterate the state as the hub for sporting activities but will also showcase the traditional hospitality of Rivers people.

The sports commissioner pointed out that “the tournament is carrying the crest of Governor Nyesom Wike, the first Power of Sports recipient in Africa,” hence the need to have an impressive outing.

According to him, the tournament organized in consultation with the Rivers State Football Association is aimed at assessing the strength of the state-owned Rivers United Football Club as the team prepares for the 2020/2021 season and CAF club competition.

“You are aware that the ban on sports activities in Nigeria has been lifted, however, we must continue to observe covid-19 protocols as prescribed by the National Centre for Disease Control (NCDC) and the Rivers State Ministry of Health.

“Port Harcourt, the Rivers State capital is therefore expected to witness the influx of football enthusiasts and sports journalists from across the country for the ten-day event.

“We expect you to bring your wealth of experience to bear on this assignment and be assured of our maximum support to ensure the success of the event,” he stressed at the inauguration that had the Permanent Secretary, Sir Honour Sirawoo in attendance.

The chairman of the second edition of Governor Wike Pre-Season Football Tournament organizing Committee, Bashir Badawiy, on behalf of members promised to ensure a well-organized competition that will remain a benchmark in the country.

Other members of the committee include Benjamin Akobo, Olalekan Ige, Dennis Dima, Chuks Ezeji, Bright Ogude, Chris Udogu, and Sepribo Nimifaa, who is to serve as the secretary.