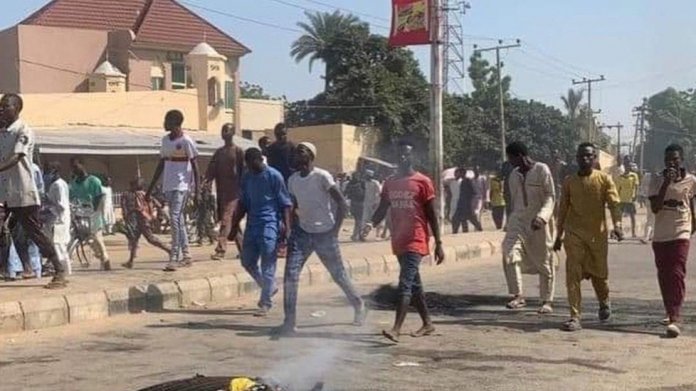 Hundreds of people in Kano on Monday protested the alleged killing of a 17-year-old boy by the Police.

The protest hit the second most populous state in Nigeria after the Police unit called Anti-Daba, reportedly brutalised the 17-year-old Saifullahi on Sunday night.

THISDAY in Kano observed that the protest started at the Shahuci Police Area Command.

The protest came amidst widespread protests against the dissolved Special Anti-Robbery Squad (SARS) and Police brutality in the country.

The Nigerian Government had since disbanded the SARS and announced the creation of Special Weapon Tactics Team, SWAT, to replace the unit.

The Anti-Daba squad, a unit in the Police, formed by the state Police Command to combat thugs and thuggery in the state, was said to have been chasing a fleeing thug in the area where Saifullahi, a resident of Kofar Mata Babban Layi in the Kano Municipal area, was resting in front of his family house.

An eyewitness said the Police met Saifullahi while laying on his mattress, covered with mosquito net in order to have breeze due to hot whether.

Residents in the neighborhood said late Saifullahi was watching movie on his mobile phone when the Anti-Daba squad pounced on him and beat him up on Sunday night.

His father, hearing his scream, came out to find out what happened, only to see his son being taken away by Police officers to the Area Command.

On Monday morning, the Police brought his corpse to the family house, triggering a spontaneous protest.

The angry neighbours, mostly male and female youths, took the corpse and dumped it at the entrance of the Area Command, about 500 meters away from Saifullahi’s family house.

Some of the protesters held placards with different inscriptions such as “We call on IGP. Area Command is killing us at Kofar Mata”, ” Justice for Saifullahi “, among others.

It took the intervention of some community elders to ensure that the protest did not degenerate into uncontrollable violence.

A resident of the area, who preferred not to be mentioned, expressed shock about the incident.

He described the deceased as a decent and innocent person who had never engaged in thuggery or criminality.

“Saifullahi is innocent. He had never had experience of criminality. In fact, he had an acute mental impairment. How do you expect such a person to engage in thuggery?

“We are tired of this brutality. Enough is enough. We call on the federal government to do justice on this young person’s death,” he said.

Police Spokesman in Kano, DSP Abdullahi Haruna Kiyawa, said the command was gathering information and would issue a statement later. 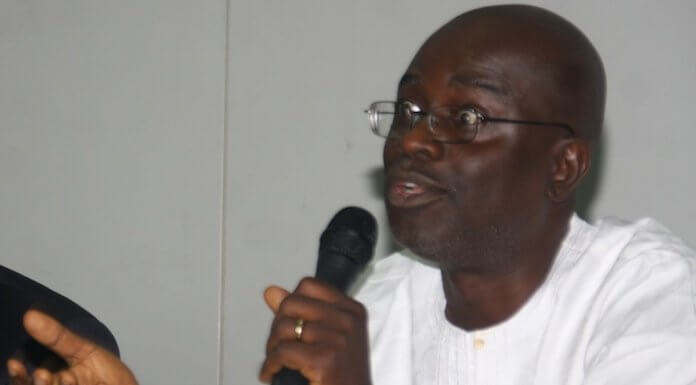