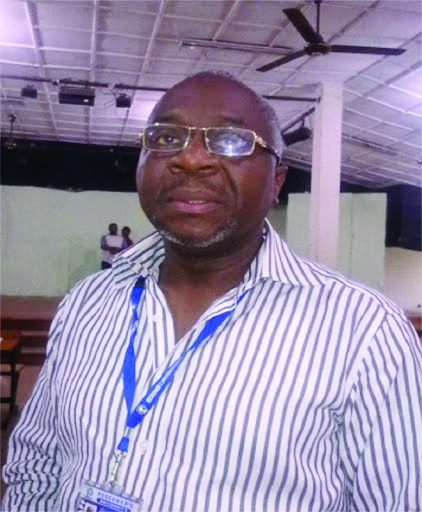 Moderated by Opeyemi Adeyemi, the past winners of the prize had the rare opportunity to share the stories behind their writing career and how they had fared since they received the coveted prize. Professor Yerima, who won the prize in 2006 with the play Hard Ground, is a lecturer at the Redeemers’ University in Ede, Osun State. His most recent work is a virtual play for Nigeria at 60, which highlights the role and impact of the military government in Nigeria.

The oldest of the winners and renowned poet, Mabel Segun was unable to join the virtual party. Still, her profile was shared with the audience, among whom was her co-winner Professor Adimora-Ezeigbo in 2007. With the Children’s Literature piece, titled My Cousin Sammy, Ezeigbo won the prize and other recognition came along.
“I have won other prizes after the NLNG Nigeria Prize for Literature. My family has grown. I have grand-children now and they are all reading my books,” she said.

For Adeleke Adeyemi who wrote under the pen name Mai Nasara, he shared similar sentiments as Ezeigbo in the years after his 2011 win with the Children’s book The Missing Clock.
“I have been blessed with children of my own since I won the prize and one of my children is also writing and illustrating,” he said. He also decried the gross abuse and dehumanisation of children that had been widely reported in the news.

The actor, poet, screenwriter and playwright, Jude Idada, who had applied several times before winning the prize in 2019 with his book Boom Boom, has since written two collections of short stories, produced a movie and started a Facebook series on social realities after winning the coveted prize.
“I started a Children Literature prize for children between the ages of 9 and 13 as well as 14 and 18. I have been working with the Sickle Cell Foundation in Nigeria and other organisations in the United States of America and Canada,’’ he revealed. Although his works are often centred around social realities, Idada argued that an African writer should be able to write about nature to change the status quo of narratives from Africa.
The session was punctuated with a dance performance of Kole Ade-Odutola’s poem titled, “Nigeria”. It was neatly executed by a group of young dancers called Gifted Steppers.

In his submission, Dr Soji Cole, the recipient of the 2018 prize for his book, “Embers’’ acknowledged the growing size of young Nigerian writers on the digital platforms.
Like Cole, Abubakar Ibrahim who won the 2016 prize also suggested that the organisers of the Nigeria Prize for Literature should consider setting up a prize for this category of writers who are in need of such platforms for their voices to be heard.

The playwright, poet and theatre director, Professor Sam Ukala, who won the prize in 2018 with his play Iredi War, expressed concern on the poor writing skills observed in many manuscripts which he blamed on the quality of education in Nigeria.

“Self-publishing has given rise to the poor turn-out of literature,’’ he argued, adding also that most writers do not go through the rigours of editing and proof-reading because more often than not, the self-published writers also have to self-market their works.
“Royalty is hardly paid by the publishing companies. In this country, we have poor reading culture. Nigerian literature cannot feed the writers unless they do something else for a living,’’ he said.