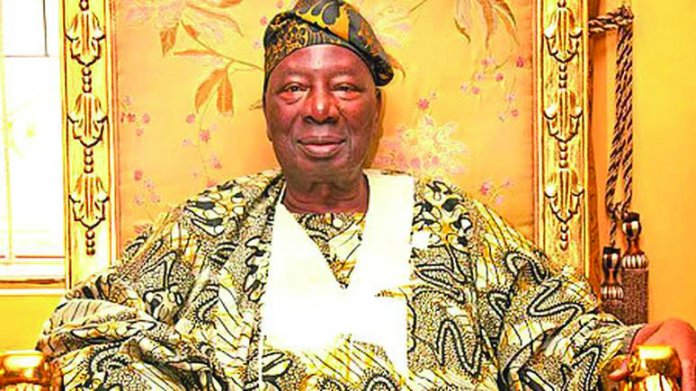 The attack by some angry youths on the palace of the Soun of Ogbomoso, Oba Oyewumi last Sunday, has raised more questions than answers, writes Kemi Olaitan

When the palace of the Soun of Ogbomoso, Oba Jimoh Oyewumi, was last Sunday invaded and properties destroyed by youths in the ancient town protesting against police brutality perpetrated by the defunct SARS operatives, many, especially in Yorubaland, thought this could not but be a sacrilege given the honour accorded the royal institution.

But the attack on the palace of the first class monarch had its root from what happened in the town 24 hours earlier, when an indigene, Isiaka Jimoh was felled from what residents called police bullet during the #EndSARS protest. The police however denied the allegation.

The killing of the young man, who left behind his aged parents, wife and daughter, however, was to attract condemnation from Nigerians from all walks of life including President Muhammadu Buhari, who commiserated with the family of the deceased, assuring that justice would be done to unravel his killer(s).

The president, while speaking on Monday at the Presidential Villa during the launch of the Presidential Youth Empowerment Scheme: P-YES, aimed at creating 774,000 jobs across the local government areas in the country, said, “We deeply regret the loss of the young man in Oyo State during the recent demonstrations. I have directed that the circumstances of his death should be thoroughly investigated.”

However, these words of the President were too late for the youths in Ogbomoso, who invaded the palace of the traditional ruler while playing host to the Minister of Youth and Sports, Mr. Sunday Dare, an indigene of the town, demanding justice for Isiaka Jimoh.

During the invasion, the youths who were hauling stones broke into the living room and adjoining rooms in the palace while destroying properties that included cars.
The Principal Secretary to the monarch, Mr. Toyin Ajamu, while narrating what happened, said Oba Oyewumi was whisked away to safety by the security details attached to him and that of the minister.

“We had been trying to appease the protesters since morning. The protesters, who introduced themselves as students, came to the palace yesterday (Saturday) on the #EndSARS rally and we addressed them. We learnt that one person died in the process. Today, some of the aggrieved youth set burn fire at various junction leading to the police station.

“To prevent the matter from degenerating, Kabiyesi directed some of his chiefs to appease the protesters but they started stoning whoever came their way and threw tyres into the station. The Minister of Sports, Sunday Dare visited the palace shortly before the attack on the palace while returning from the visit to the family of the deceased. They shattered windscreens of vehicles in the palace, vandalised the palace and burnt down a motorcycle.

“We were only saved, because there was burglar proofs on the windows. Nobody was injured but about 10 vehicles were vandalised, including the vehicle of Chairman, Christian Association of Nigeria, Ogbomoso North Zone, Rev. Tayo Adeyanju. The police were running for dear life so they couldn’t respond on time. Luckily, Kabiyesi escaped, because the meeting was being held at the dinning section and not the sitting room. The protesters were not able to get to where the meeting was being held.”

Two days after the incident, the monarch played host to Governor Seyi Makinde, who visited to assess the level of damage as well as commiserate with him and the entire people of the town. The governor bemoaned the damage and immediately approved an immediate release of N100 million to Oba Oyewumi for the renovation of the palace.
But this action of Governor Makinde has been criticised by Nigerians within and outside the country with many of them lambasting him for wasting the resources of the state on irrelevances more so when he only gave N1 million each to the families of those who died in the protests.

However, responding, Makinde said, “I did not expect the level of destruction we have witnessed here. I accept the fact that peaceful protest is legitimate and it is guaranteed under our Constitution. But this type of destruction should not have happened at all.
“This is because the state government is not in control of SARS. Even though they will say the governor is the Chief Security Officer for the state. I am not in control of the Commissioner of Police as the governor of Oyo State. I am not in control of who they will post here as Commissioner. We just work with whomever we meet along the way.

“We will have to engage with our people. At the heart of this is not just the issue of SARS. There has been pent-up anger. The issue of the pandemic, unemployment and other factors are those things that led to what we are seeing today. So, I am sincerely sorry for this level of damage, sir. Your children did it,” the governor said.

The Soun, in his response, urged those in government to wake up to their responsibilities while assuring that the traditional institution would continue to play its role in supporting the government for a better society.
“Your Excellency, I appreciate you and your entourage. Seeing you here and your concern over this incident is commendable. As you have said, the country itself will rely on people like you who are holding very important posts for taking care of your area.

“We are not very happy seeing our youths engaging in vandalism in the name of protests like this, because they do not have any job. This is important and that is why they have the mind to do bad things. Therefore, it is the duty of the government to ensure the youths are employed so that we will stop witnessing things like this.
“We are not happy about what they have done. First, from the outside, they were stoning us right in the palace. So, when you go to your executive meeting, think of something you can do for the youths in each area so that they will be engaged in lucrative ventures – be it vocational jobs, civil service jobs or offer them loans and monitor the businesses.”

It is generally believed that the palace of a traditional ruler is a sacred place that must not be defiled. But with the attack, this assumption has been demystified, and most especially coming from the youths, it is on its own a wake up call to those in position of authority to ensure that they quickly look at how to engage the youths otherwise this kind of assault will continue.

Opinion moulders also hold the belief that the #ENDSARS protest is nothing but a product of frustration of most Nigerians over prevailing harsh economic reality in the country and the earlier the political leaders address this challenge, the better for the country.