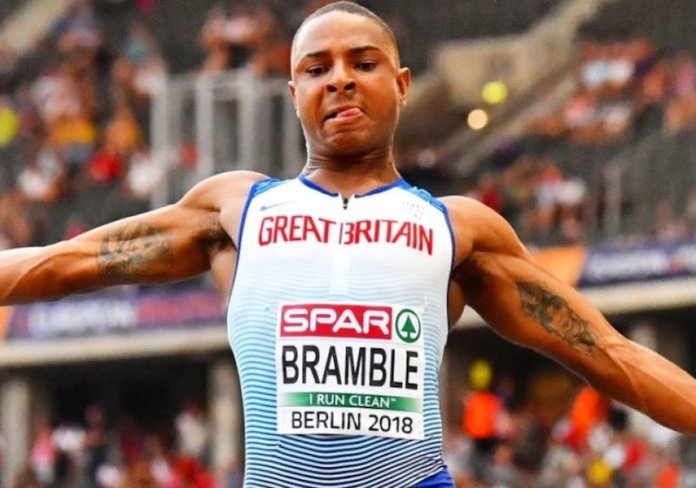 A British long jumper has reignited his dreams of competing at the Olympics by raising thousands of pounds through a crowdfunding appeal.

Dan Bramble took a job as a delivery driver after losing his funding and seeing local training facilities in London closed by the pandemic.

But he has been able to return to full-time training after more than £12,000 was donated.
Almost £9,000 of the total came from a single donor.

The 30-year-old former British indoor champion, who narrowly missed out on qualification for the Rio Olympics in 2016, is targeting a place at the rescheduled Tokyo games next year.

Mr Bramble, originally from Chesterfield, Derbyshire, said the money raised online would allow him to completely focus on his mission.

The £8,875 donation from fitness firm Gymshark arrived on Thursday – the day after he turned 30 – prompting him to call it the “best belated birthday present ever”.
It came after more than 18,000 people had liked a tweet about his switch from athletics to delivery driving.

He added: “From one silly tweet about a summer that I nearly didn’t send, I’ve reached my GoFundMe goal.

“Honestly don’t know what to say. I’m not a crier but boy… thankful.”