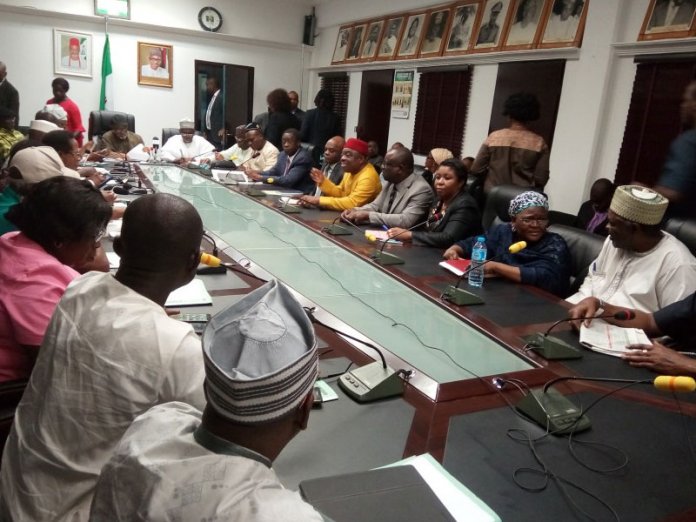 There is no end in sight for the lingering industrial action by university lecturers as the resumed negotiation over the implementation of the federal government- approved Integrated Payroll and Personnel Information System (IPPIS) and the University Transparency and Accountability Solution (UTAS) proposed by Academic Staff Union of the Universities (ASUU) last night ended in a deadlock.

As part of the negotiations to end the seven-month- old strike by ASUU, the federal government has agreed to release N30billion for payment of arrears of earned academic allowance to the university lecturers.

The communiqué issued at the end of the meeting, said that release of N20 billion funds for revitalisation of public universities will be payable by the end of January 2021.

On the issue of Earned Academic Allowances(EAA), which had accumulated to N40 billion since November, 2019, the Accountant General of the Federation (AGF) made a commitment to release N30 billion on or before November 6, 2020.

He said the remaining N10 billion would be spread equally over the two tranches to be paid in May 2021 and February 2022, respectively.

The communiqué said that ASUU agreed to take the offer to its members for consideration and revert by Wednesday, October 21, 2020.

“The Minister of Education will also follow up with the Minister of Finance, Budget and National Planning on its earlier Memo to Mr. President on sources of alternative funding for revitalisation to facilitate the process of additional funding of the university system.

“The OAGF should quickly conclude the verification of figures of EAA claims so as to clean up the figures from 2014 to 2020. To this end, a Committee would be constituted by NUC to develop a template that would capture all the agreed allowances in the 2009 Agreement for all the Unions in the Universities.

‘Thereafter, the OAGF and the National University Commission (NUC) are to quickly conclude the verification of the EAA figures, so as to defray the payment from 2014 to 2020.ASUU is to work with the OAGF and NUC to achieve that by the end of December 2020”.

The meeting is to reconvene by Wednesday, October 21, 2020 by 3.00pm after the Federal Executive Council (FEC) meeting for ASUU to report back on the decision of her NEC, in order to facilitate the calling off of their strike.

The issue of the implementation of the Integrated Payroll and Personnel Information System (IPPIS) almost stalled the meeting as federal government asked that IPPIS be allowed to operate in the interim until the test run on UTAS is concluded.

But ASUU insisted on payment of outstanding salaries on old GIFMIS platform before full implementation of UTAS.

The meeting commenced on a peaceful note but later degenerated into confrontation with hot exchanges between the federal government side and the ASUU.

Both parties maintained their positions on the issue of IPPIS and UTAS.

As such, the meeting failed to tie up decisions on other issues as much of their and energy were devoted on argument for and against the two salary payment platforms.

THISDAY gathered that things got to a stage where a top member of ASUU’s delegation accused the Minister of Labour and Employment,Senator Chris Ngige, of conspiring with other government officials instead of playing his role as chief reconciliator.

ASUU leadership also protested the late commencement of meeting which was slated for 2 pm but started an hour later.

“See, you are talking to intellectuals, we will respect the constituted authorities as possible as we can because that is what we teach also in our various institutions but you must stop taking us for granted and stop treating us like kids,” a source quoted the ASUU official to have said.

Another source privy to the closed-door meeting said the Accountant General of the Federation, Mr. Ahmed Idris had appealed to ASUU to agree to receive their salaries through IPPIS platform pending when UTAS will be ready after integrity test is conducted on it but the union rejected the
plea.

They argued that IPPIS was not demonstrated to them before government started using it for workers, wondering why demonstration of UTAS should be a requisite for stoppage their salaries.

The union insisted that payment of their outstanding salaries should be made through GIFMIS before full implementation of UTAS.

However, the federal government side led by Ngige maintained that it would not grant ASUU’s demand as it amounted to disobeying a presidential directive on IPPIS.

Meanwhile, the union has directed all his members to reject IPPIS officials who will visit the various universities on Monday for biometric data capturing of its members.

A letter signed by ASUU’s President, Prof. Biodun Ogunyemi and sent to all zonal coordinators and all its members, which was made available to journalists yesterday, reiterated that the union will not accept registration with IPPIS.

It cautioned its members not to do anything that would jeopardise their interest in the ongoing engagement with federal government.