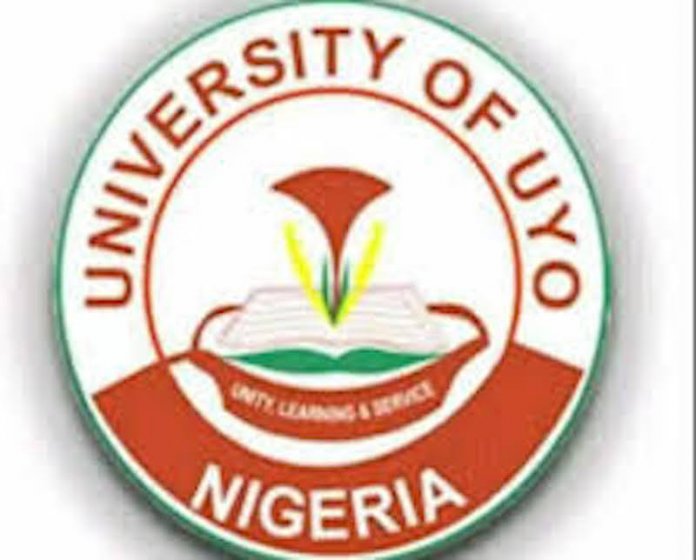 The announcement of Professor Nnyaudo Ndaeyo as the incoming Vice-Chancellor of the University of Uyo (UNIUYO) has continued to generate controversy, dividing the univeristy community into two with the Chairman of the Governing Council, Professor Austin Awujoh heading to Abuja to explain situations.

The Registrar and Secretary to Council, Mr. Aniediabasi Udofia, in a recent statement, announced Prof. Ndaeyo as in-coming Vice-Chancellor, claiming that the decision was reached at the meeting of the institution’s Governing Council, but the chairman of the council is insisting that the result of the interview panel, which Prof. Edet Udoh scored the highest, remains the only official, reliable and acceptable result for the position which will become vacant on December 1, 2020.

The incumbent Vice-Chancellor, Professor Enefiok Essien (SAN) is expected to vacate the office on December 1, but the politics of succession, which has become a festering sore in Nigerian universities in recent times, has divided the university community into two major camps; a development which has attracted the attention of the authorities in Abuja.

It states: “The council shall select and appoint as the vice-chancellor one candidate from among the three candidates recommended to it under subsection (3) of this section and thereafter inform the visitor.’’

Although the controversy is said to stem largely from the unwillingness of the chairman of council to follow the said law, insiders say the action of the vice-chancellor and some members of the university’s senate is to block Prof. Udoh from coming in as the Vice-Chancellor because they are not comfortable with his strict nature. He will be difficult to influence or manipulate, they fear.

Professor Udoh is also said to be a young intellectual, who obtained his professorship at a relatively young age, a situation those who did so at a much older age are not comfortable with, as he would thus end up with exceptional credentials. “Some of these professors see professorship as a cult which ranking should be guarded jealously and not be diminished by young initiates. It is a gang-up by the old people,” one of the lecturers apparently behind Udoh said.

A five-member Joint Selection Board on October 5, 2020 was said to have conducted an interview where Udoh got the highest score. Three of the selection board members were from the governing council which included the chairman, as well as two members appointed by the vice-chancellor, excluding himself. The university had advertised for the position to fill a vacancy that would be created when the incumbent concludes his tenure on December 1, 2020.

The selection board presented the three candidates with the highest score – Prof. Udoh (90), Prof. Ndaeyo (86) and Prof. Gabriel Sunday Umoh (70), to the council. All three are from the Faculty of Agriculture.

The Governing Council, comprising the Chairman and 12 other members met and in a secret ballot, reportedly chose Prof. Ndaeyo as the new Vice-Chancellor. Ndaeyo was said to have scored nine votes and Prof.

Udoh four votes. Prof. Umoh did not have any vote. Disagreement started at this point as the chairman of council washed his hands off the process and refused to sign the minutes.

He insisted he never announced the purported winner as claimed by Prof. Ndaeyo’s camp because the voting was not necessary in the first place since a clear winner had emerged from the interview. According to him, such a ballot could only have been necessary where there was a tie during the interview, which was not the case. The announcement of Ndaeyo as the Vice-Chancellor-in-waiting by the registrar was therefore without his consent, he claimed.

In an interview in Uyo, Prof. Awujo explained that the interview process was fairly and democratically conducted for the best candidate to emerge. He was therefore surprised that the outcome of the contest was rejected by the management of the institution led by the outgoing VC, Prof. Essien.

His words: “After the interview for the 10 candidates who were cleared for the final round of the contest, three candidates were outstanding. Prof. Edet Udoh, of the Department of Agricultural Economics scored a total of 90 per cent; Prof. Nnyaudoh Ndaeyo, the current Deputy Vice- Chancellor, polled 86 per cent, while Prof. Gabriel Umoh, also of the Department of Agric Economics, scored 70 per cent.”

The outcome, according to him, was rejected by the outgoing vice-chancellor and his supporters, leading to the voting that is now in dispute, a development he said was not recognised by the extant laws governing the institution.

Following the decision of the outgoing VC and others not to accept the outcome of the official interview in which Prof. Edet scored the highest and the controversy which the action was bound to throw up, the chairman said he had to intimate the Executive Secretary of the National Universities Commission (NUC), Prof. Abubakar Rasheed.

“When I put the call through that I was under pressure to announce the second person, Prof. Ndaeyo, as the winner, the NUC Executive Secretary instructed that a meeting of the council should be immediately convened to announce the right person, Prof. Edet, who was objectively selected on merit, having scored the highest in the interview.

“Surprisingly, the outgoing VC and others who are in support of his candidate, Prof. Ndaeyo, shunned the council meeting which was to publicly announce and declare Prof. Edet as the new UNIUYO VC.

“Based on this development, the Permanent Secretary at the Federal Ministry of Education also called me and I am going to present the matter before the Minister of Education, Prof. Adamu Adamu for final ratification,” he said.

A commentator said the development has become common in the university system and is one of the monsters thrown up by the autonomy which the university system demanded and was obliged. “This is the monster that the autonomy of universities has brought upon the system. The internal contradictions within a particular university now dictates the leadership and not merit. Any successful gang-up can throw up anything within the system now under the cover of autonomy.

They wanted it, they should live with it,” he said.

Before the law was amended following the agitation for autonomy for the university system, the visitor to the university was required to pick from three recommended candidates who should be appointed as vice-chancellor, but the amended version cedes such power to the governing council of the respective universities.