Dangote Cement Plc has announced the extension of its ongoing Spell & Win “Bag of Goodies” Season 2 consumer promo by one month due to popular demand, even as 265 millionaires have emerged from the nationwide programme.

According to Director of Marketing, Dangote Cement Plc, Mrs. Funmi Sanni, the promo, which was billed to end on November 15, now closes December 15, 2020. She said the extension is due to popular demand by excited consumers who still want to participate and emerge as millionaires in the promo.

Mrs. Sanni said the promo, which is one of the company’s strategies, came at an appropriate time to cushion the effects and impact of COVID-19 on businesses and families and has proven to be very popular with consumers; hence the decision to extend the window.

Underscoring the importance of consumers to Dangote Cement, she opined that without the consumers who are the final users of cement products, the company would not have people who are demanding for the products. She explained that the Bag of Goodies Season 2 promo was designed to reward consumers for their faithfulness and continuous use of Dangote Cement products.

Speaking at the prize presentation ceremonies, she noted that the promotion was to encourage the customers to continue patronising the product, which according to her, is the best in the country. According to her, a customer could only win the N1 million cash prize on collection of the scratch cards that each carries letter D, A, N, G, O, T and E to make up the name D-A-N-G-O-T-E. She added that other prizes to be won include motorbikes, tricycles, TV sets, recharge cards, among other prizes in the promotion that will now end on December 15,2020.

Winners, who were presented with dummy cheques, received instant bank alerts during the presentation ceremonies held in several cities across the nation. She said the company had been making efforts to satisfy its teeming customers to the fullest, adding that apart from the premium quality of the product, the firm has also introduced several customer-driven promotional offers in order to keep their relationship intact.

National Sales Director, Dangote Cement, Adeyemi Fajobi stated that Dangote remains the best in building of structures in Nigeria and beyond, and he urged contractors and other professionals in the building sector to insist on patronage of the brand. The promo, he said, is part of the company’s strategies of giving back to its teeming customers for their faithfulness.

He explained that following the negative impact of COVID-19 on the economy, Dangote Cement decided to award a total of N1 billion to 1,000 winners across the country. According to him, Dangote cement company deemed it fit to continue with the second phase of the promo, tagged Bag of Goodies 2 in order to give back to the society to cushion the effects of the pandemic.

Mr. Fajobi noted that the promo was like palliative to the teeming customers in the wake of the pandemic as most of them had suffered economic hardship caused by the coronavirus. “Despite effects of COVID-19 on global economy, Dangote cement company has decided to go ahead with the Bag of Goodies promo in order to give back to the society.

Speaking while presenting dummy cheques to winners in Port Harcourt, Regional Director, South-South Dangote Cement Plc, Mr. George Okoro, noted that the promo is to reward Nigerians for their continued patronage over the years in using Dangote cement. He added that Dangote Cement is well committed to uplifting and raising living standards of Nigerians as well as their financial stability. He charged the winners not to relent but invest the prize wisely so as to yield more benefits in the future for them.

The Regional Director disclosed that apart from the one million naira given to each star winner, they are ready to give out one billion naira to 1,000 customers who emerge in this category, noting that other prizes to be won include refrigerators, tricycles, recharge cards, and televisions.

Regional Director, Lagos/Ogun States, Dangote Cement Plc, Mr. Tunde Mabogunje, welcomed the new winners from Lagos at the prize giving ceremony held in Ikeja, and commended them for their loyalty and continuous use of Dangote Cement in their projects. He said the company is making progress because of consumers who form the end chain in distribution of any product, adding that without consumers, no product will become a success.

Regional Director, South East, Mr. Bankole George, addressing the winners at the event held at the regional office in Enugu, tasked them to buy more of Dangote Cement as there are chances of winning as many times as possible.

He advised Nigerians to buy cement and finish their projects instead of waiting so they can take advantage of the promo in a win-win situation. Specifically, he said that whoever completes his/her projects this period and still wins one millionaire naira in the now-extended promo has won on two fronts. 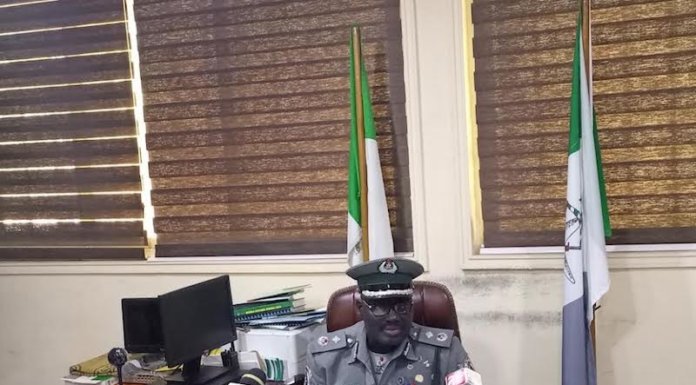