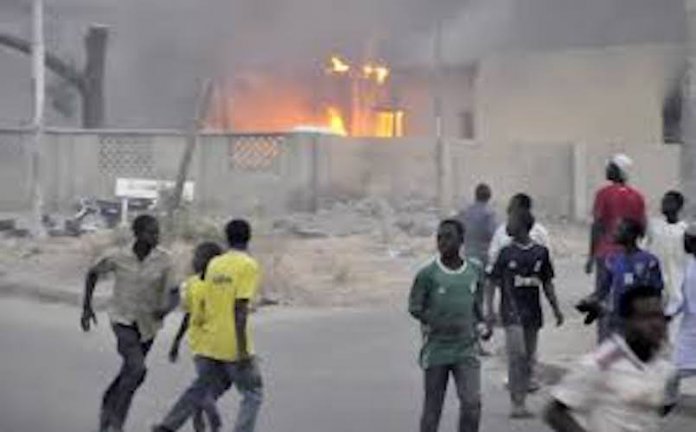 There is tension in Kagara town, headquarters of Rafi local Government area of Niger state, following Monday morning invasion of a police station in the town.

The invaders were said to have claimed they took away the arms and ammunition to fight bandits since the police refused to address the problem when distress call was sent to them to counter the bandits that attacked some communities in the area killing three people and injuring several others.

It was learnt that residents of the town had been ordered to remain at home until further notice.

The order which was reportedly given by some community leaders was to avert any clash with the police who might be searching for those that attacked the police state.

The Emir of Kagara Alhaji Salhu Tanko has however sued for peace in the emirate following the incident.

Alhaji Tanko spoke through the district head of Kagara at the burial of three people killed by bandits at Tasan-Kere on Sunday evening.

The Emir charged the people not to take laws into their hands and continue their normal businesses.

However it was gathered that uneasy calm had returned to the troubled local government headquarters.

The police are yet to comment on the attack by the bandits or the invasion of the police station.