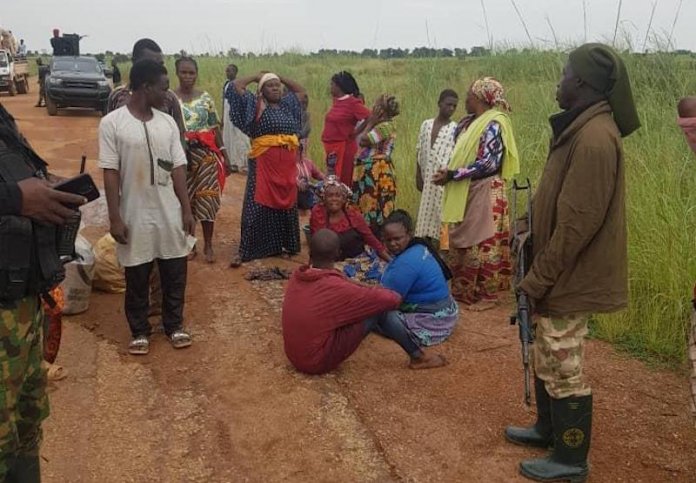 Troops of Operation Sahel Sanity, the anti-banditry operation of the Nigerian Army, have rescued 26 kidnapped victims and neutralised many bandits in the North-west region of the country in its determination to eradicate banditry and other nefarious activities afflicting the zone.

The acting Director of Defence Media Operations, Brig. General Benard Onyeuko, in a statement made available to journalists yesterday at the Special Army Super Camp IV in Faskari, Katsina State, said the captives were rescued in Katsina, Zamfara and Kebbi States after intensified military operations.

According to him, “On October 6, 2020, troops deployed in Forward Operation Base Magami, while responding to a distressed call, rescued 23 kidnapped victims from fleeing bandits who abandoned the captives as the unrelenting troops were closing in on their hideout on Zauni-Jengebe road in Gusau Local Government Area of Zamfara State.

“Preliminary investigation revealed that the victims were kidnapped while on transit to Magami market from Gusau on a passenger bus. All the rescued victims were reunited with their families while efforts are still being intensified to track the criminal gang members.”

Onyeuko said the soldiers captured one AK-47 magazine loaded with 25 rounds of 7.62mm special ammunition and Dane gun belonging to the fleeing hoodlums during the encounter, and destroyed eight bandits’ hideouts in the area.

He stated that the anti-banditry troops acting on credible intelligence also apprehended four suspected bandits, including their leader, Mujitafa Shehu, at Kankara and Tudu villages of Kankara LGA of Katsina State.