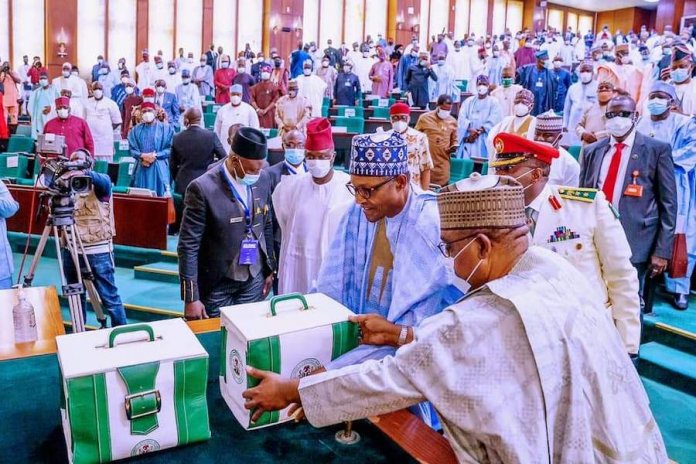 Senior Advocates of Nigeria (SANs), including a life bencher, have decried the low provision for the judiciary in the 2021 appropriation describing it as a mere “paltry sum”.

In the N13 trillion appropriation bill presented by President Muhammadu Buhari to the National Assembly last Thursday, only N110 billion was earmarked for the judiciary.

Reacting to the budgetary provision as it relates to the judiciary, the senior lawyers whichever include Chief Adegboyega Awomolo (SAN) and Life Bencher, Mallam Yusuf Ali (SAN) and constitutional law and human rights activist, Chief Mike Ozekhome (SAN) stated that the allocation for the judiciary is too small when taking into consideration the challenge of justice delivery viz-a-viz the coronavirus pandemic.

Speaking on the issue over the weekend, Awomolo said Nigeria’s post-COVID-19 judiciary requires massive investment in critical infrastructure in terms of recruitment and remuneration of judges as well as Information Communication Technology (ICT) to fast-tract adjudication of cases.

He lamented that the nation’s judiciary under President Buhari’s watch had not been accorded its rightful place as an independent arm of government, adding that: “The judiciary has always been at the short end of the stick. It has not found favour at all under the current dispensation.”

Awomolo further said: “The truth of the matter is that the judiciary of the Federal Republic of Nigeria post-COVID-19 cannot be regarded as judiciary pre-COVID-19.”

According to him, the new normal has thrown up the imperativeness of the use of information communication technology as a tool to achieving the quick administration of justice, whether criminal or civil.

“But the truth is that it appears that the executive has not realized the need to take a critical look at the gap in the infrastructure, training of personnel and the application of ICT in the judiciary,” he lamented.

While describing the allocation to the judiciary as very unrealistic, he stated that it is a repetition of what has been happening in the last four or five years.

“But the National Assembly still has an opportunity of improving on the N110 billion budget estimates for the judiciary in the 2021 Appropriation Bill,” he noted.

Another Senior Advocate of Nigeria, Mallam Yusuf Ali, in a separate reaction to the new budget cycle, said: “It is in the strategic interest of Nigeria and Nigerians that adequate funding for the judiciary should be a priority.

“The judiciary should stop going to the executive cap-in-hand. If you want an independent judiciary, it should be independent in the way it dispenses its own expenses and income as well as expenditure.”

Ali averred that: “If the judiciary is given adequate funding, the leadership of the judiciary will do exactly what should be put in place to have a 21st Century court system that will deliver justice.”

He said it is high-time the judicial arm of government got its fair share, warning that “without an independent, viable and vibrant judiciary, the rule of law is imperiled, democracy is imperiled and even development is imperiled”.

On his part, Ozekhome advised the federal government to ensure that the judiciary’s budget remains on the first-line charge.

“The judiciary is on a first-line charge. Its allocations should be paid directly to the heads of the courts; to be disbursed directly for budgeted projects,” he stated.