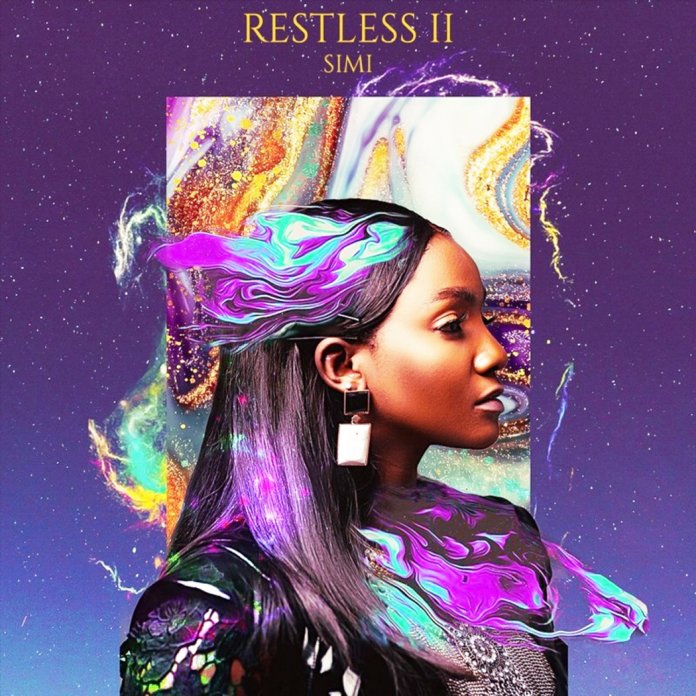 Studio Brat lead act, Simisola Ogunleye (Simi) has put out her highly anticipated EP titled “Restless II”. Her fourth studio project, “Restless II” is a 16 minutes, six tracks EP, which features UK female rapper, MS Banks, AfroSoul singer, WurlD and her multi-talented husband, father of her child, Adekunle Gold with productions from Sess and Oscar. The 32-year-old singer took to her social media pages to announce the release of the project penultimate Friday. The EP is a follow-up to her polarizing album, ‘Omo Charlie’ Champagne.

An opinion goes that the greatest victory on Restless II EP is the complete change of sound from the trite Oscar-produced Simi sound that formed the basis of the smash hit, ‘Duduke.’ While the song was a hit, it was obvious that Simi needed a complete change of sound and she has delivered that change of sound in an amazing fashion. Most of all, the EP is a lesson in clarity of songwriting without a symbolism/metaphor overkill. It clearly passes its message of terrible timing of affection between an emotional guy and a confused, slightly possessive girl.

So far, the Restless II EP has attracted pretty rave reviews. Tracks on the body of work include ‘No Longer Beneficial’, ‘There For You’, ‘City Lights’, ‘Triggered’, ‘Undeserving’ and ‘Bites The Dust’. Packed with a medley of genre like Afro-pop, R&B, Afro-soul, Folk, these captivating narratives tracks of ‘Restless II’ EP, the EP followed weeks after the singer signed a deal with Platoon, a UK-based record label owned by Apple Music, for the release of the project.

Simi had while signing the deal examined factors which shaped her successful foray into the music industry. “I’m a singer and songwriter. I’ve been singing for a decade now. The influences I had in music especially when I was young were Lauryn Hill and Asa as well. I love Adele,” she said.

The ‘Duduke’ crooner has continued to pull the strings since she gained prominence in 2014 after releasing ‘Tiff’, a song that made the 2015 Headies. Simi started her career as a gospel singer, releasing ‘Ogaju’, her debut studio album, in 2008. She launched Studio Brat, her own record label, in 2019.

In June, the songstress welcomed a baby girl with Gold, whom she married in 2019. Prior to that, Simi had dropped her sophomore album “Simisola” in Sept, 2017.

Simi welcomes “Restless II” with the world premiere of the EP’s lead single ‘No Longer Beneficial’. According to Simi a multi-talented music act who isn’t just a singer, songwriter, producer but also a sound engineer, “I mixed these songs, so trust me when I say you need headphones for the full experience”.

Further take on confirmation of the conception of the EP comes when Simi sings, “Hard guy don fall, never thought I’d be infatuated like this…”