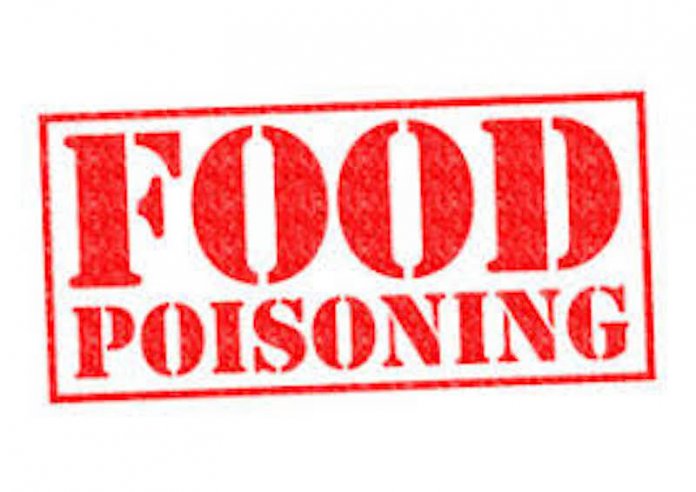 A family of seven has been reported to have died after taking a meal suspected to have been contaminated in Benin, Edo State.
The incident as gathered, occurred at No. 40, Otete Street, off Textile Mill Road, Ogida quarters, in Egor Local Government Area of Edo State.

A visit to the victim’s house met the entire place deserted except for few sympathisers seen outside the compound.
Speaking on the incident, one of the residents of the area who lives opposite the deceased house, Mrs. Christy Igbinadolor said she was in her house that morning when a man came to ask her about the whereabouts of her neighbours which she advised him to go to the house and knock at their door and if there is no response, he should go to the police station and report.
“This morning, when I woke up, I sat outside and I saw one man who came to ask me where are these people (the victims) and I replied him that I am just waking up from sleep.

“I told him that I just sat down here reading my Bible. I said I have not seen them this morning but the only thing I see, is that, when I woke up last night, there was light in their house but when I woke up this morning, there was no light again.
“So, from there, the man went to the compound and knocked at their door. And I asked what happened, he said it is their senior brother in Port Harcourt, Rivers State who called him to come down and find out what was going on.

Similarly, another sympathiser, Mrs. Rachel Anyanwu, said the man who has lost his children to food poisoning, lost his wife five days ago and that those who had been rushed to the hospital were his children and his relatives who came to sympathise with him over the loss of his wife.

Anyanwu said they tried so hard to revive one of the children but all was to no avail before they were rushed to the hospital.

“The man lost his wife last week Sunday and today making it five days now. Those who were rushed to the hospital these morning were his children and other relatives who came to sympathise with the man over the death of his wife.

“I know the man as an evangelist while his late wife was a pastor”, she said.

Another sympathiser, Mr. Felix Ejiofor, who rushed the victims to Central Hospital Benin, said he heard people crying at the compound which drew his attention and when he got there, he saw policemen already at the scene adding that when he looked closely, two of the children were already in their school uniforms while a pot of food was also close by.

“So, he decided to help them by rushing them to the hospital for quick medical attention.

At the Central Hospital, Benin, the body of one of the victims was already inside this is just as one Solomon Omo-Osaro who said he brought one of his persons to the hospital for medical attention, alleged that he saw four other persons being rushed into the hospital.

“I have a patient here, it is an emergency, as I was about going out, I saw them rushed a woman here with some family but when I got here, I noticed that the doctor was trying to revive her. Others that came with her, have been rushed to the Central Hospital.

“I heard it was food poisoning that they have to break into their apartment to save the situation. I was told that somebody has been calling the family and nobody picked.

“I don’t actually know the number but I saw them rushing four of them inside the Central Hospital”, he said.

The Police Public Relations Officer, DSP Chidi Nwanbuzor, when contacted, declined comment, saying he was yet to be briefed.

He added that when he finds out, he would get back which he never did as at press time