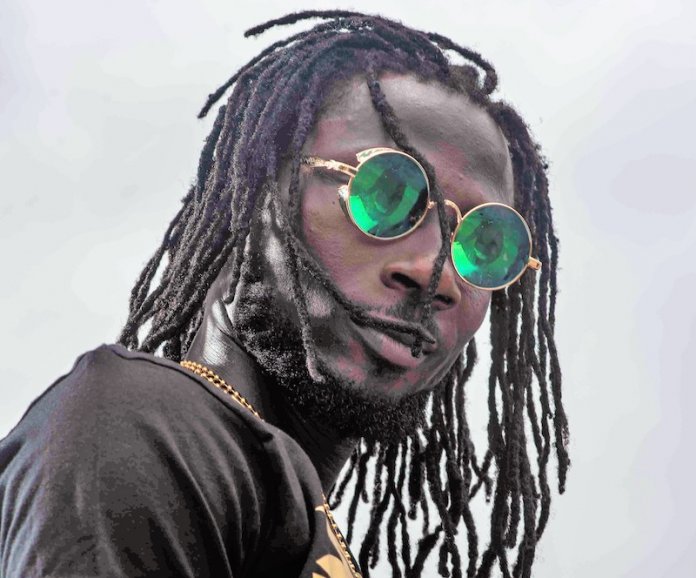 The Nigerian entertainment space is about to receive a major boost as Evoke Musik, a new entertainment company based in the US with its subsidiary in Lagos, Nigeria, recently signed on its flagship artiste, “Jethro Lion” (Jethro Chinweotito Abara) a Reggae/Dancehall act.

Speaking during the unveiling of the artiste in Lagos, the CEO of the platform, Mfon Essien, noted that Evoke Musik would redefine the entertainment landscape in Nigeria through the release of authentic and relatable music with lyrical depth that has a feel-good effect on the listener and portrays a positive image of Nigeria, home and abroad.

He said: “An embodiment of creativity, Jethro Lion is not one to chase trends for the sake of clout. Nigerians should get ready, as a new storm is about to blow across the entertainment industry. Devoted and true to his artform, that storm is “Jethro Lion,” a multi-talented triple-threat, Singer/Songwriter, Music Producer and Performer.

Expressing appreciation to his record label, Jethro Lion aka The Melody Maker said: “It has been a challenging journey for me. Faced with the financial challenges of promoting my music mainstream as an independent artiste, I struggled with the competition but we give thanks to Jah for signing on to Evoke Musik.

Jethro Lion, a native of Ezinihitte in Mbaise LGA of Imo State, started music in his primary school days as he was part of the band boys that played on the assembly grounds and intensified when he was 11 years old in church joining the choir, he began to hone his skills on the piano and drums, becoming the official drummer of the church.

Inspired to be the best he could be, he delved into the world of music production after he finished secondary school. With the support and guidance of his mother, he fine-tuned his skills as a music producer establishing his outfit, “J. Smith Productions” with credits to a lot of artistes including Vector, Ruffcoin-Nwaba, Glenn, Freestyle “Tha Shogun”, Rosemary Chukwu, 2Shotz and Kenzoz among others.

An alumnus of the Muson School of Music, after eight years of music production, Jethro Lion started writing his own songs and today he has a catalogue of over 100 songs.

Other prominent influences include Bob Marley, Majek Fashek, Capleton, Sizzla, Busy Signal, Mista Styles, 2face Idibia, Blackface and Faze. His style of music is a blend of Reggae, Dancehall and Highlife genres with his distinct signature baselines, catchy melodies and harmonies. Open to collaborations, some of his Nigerian favourites include Simi, Wizkid, Patoranking, Burna Boy, Davido.

Currently working on a new single, “Hustle Must Pay”, he sings about life experiences, spirituality and his “One Love” Ideology, educating about the streets and focused on life improvement.

Set to claim its place in the Nigerian entertainment industry and debut 2021, Evoke
Musik will dominate the airwaves and digital marketplace.

Evoke Musik is an entertainment company that engages in digital content creation, publishing, promotion and distribution as well as brand development, consulting and artiste management. Its subsidiary in Africa is located in Lagos, Nigeria and is home to Jethro Lion, the label’s flagship artist set to debut in 2021.