The next governor of Ondo State will be a lawyer, a Senior Advocate of Nigeria (SAN). He’s married, a Christian, not a first timer in the race, bespectacled and with no particular godfather. A resident of Akure, the state capital, with large following across the Sunshine State.

Four years ago, Ondo people elected the incumbent Governor Rotimi Akeredolu, SAN, on the platform of the ruling All Progressive Congress (APC). It is argued that the ruling party does not enjoy popularity at the grassroots like the opposition Peoples Democratic Party (PDP). This line of thought might not be unconnected with the fact that since 2003 when the then PDP-led federal government rigged out the entire Alliance for Democracy’s (AD), government in the South West region except Lagos, Ondo State has been governed by the PDP. A situation that still largely reflects the political configuration of the state. In 2019 presidential election, Ondo State voted the PDP. As at today, the PDP has two out of the three senators with almost equal number of the House of Representatives members with the APC.

Some pundits are predicting the possible outcome of the gubernatorial election in Ondo State without factoring the fact that the people act according to their principles, convictions and beliefs. The confusion that characterised the PDP’s candidature in 2016 made it difficult for the people to clearly define their choice and pattern of voting. There were no clear-cut major contenders as courts’ discordant pronouncements at the peak of campaigns apparently threw spanner in the works of the PDP and its candidate, Eyitayo Jegede, SAN. The APC’s candidate automatically had a smooth run without much opposition. It is therefore surprising to hear the Secretary to the State Government claiming that the incumbent was “rigged” into office. I have my doubt about that statement but it is possible that the manipulation actually widened the margin substantially. There was voters’ apathy towards the poll as soon as they knew that one of the major contenders was already “defeated” even before the election day.

Another opportunity is here for the people of Ondo State to speak loud and clear through their votes. I dread our electoral system because election results are brazenly manipulated by supposed umpires. Security agents, the Independent National Electoral Commission’s officials, the political gladiators and the judiciary have turned many elections to charades and mere formalities. Hence the loss of confidence and trust in the system. However, the Edo State experience and experiment seem to give a glimmer of hope that Ondo people’s votes may likely count if the promises made by those concerned are anything to go by.

The contest is a straight fight between the two senior advocates of Nigeria. The third force, Agboola Ajayi of Zenith Labour Party (ZLP), will play a spoiler role than be a force to reckon with. The ZLP’s standard bearer is no pushover but his platform cannot take him far.

The ZLP’s candidate, Ajayi, being the sitting Deputy Governor, may win and become governor but after 2020. His desperation to dislodge his principal by moving from one political party to another like a rolling stone added no credit to him. In politics, party platforms are as important as the personalities being presented. It was easier for Governor Godwin Obaseki in Edo State because the PDP is even a stronger platform than the APC in his state. It would have been very difficult for him if he had run on a less popular platform. The quality of a candidate and his platform are the prerequisites to winning a competitive election.

Dr. Olusegun Mimiko’s image and whittled political influence would not help his party’s candidate. Both the PDP and APC candidates do not want to deal with Mimiko due to his alleged slyness in politicking. Despite his rejection as running mate in PDP, Ajayi should have stayed put in the party to project his image and build a strong base in preparatory for the next four years while he goes to the Senate in the meantime.

APC’s Akeredolu is no less a strong contender. Incumbency is no small factor in political contests though it does not translate to automatic victory especially where transparent and credible elections are conducted. The incumbent has some hurdles to surmount if he must retain his Alagbaka House tenancy for another four years.

First, toeing the line of his predecessor in the area of nepotism and populating his government with his kinsmen and family members may work against him at the poll. Mimiko, at some point, had eight members of his cabinet from Ondo town alone! He corrupted the synergy of purpose and bond of unity in the state during his time as governor. For Akeredolu to fall into the same error is regrettable.

Second, levies imposed on people who are used to free education and free healthcare services won’t be allowed to go unpunished. Even when it is apparently difficult to sustain some of those highly subsidised facilities and services, the percentage of the levy is too burdensome to bear.

Lastly, his poor human relations with his party members, cabinet members, alleged snubbish and arrogant disposition to some of those who are strategic to his election and reelection may be visited at the poll. The fact remains that his estranged deputy and ZLP’s candidate will weaken Akeredolu’s chances more than he can possibly imagine. Both of them will share the bulk of APC’s votes. While his deputy will buoy his own chances with votes from the ZLP camp, the incumbent can only hope to garner some votes here and there by his non-partisan supporters across the state. It should be noted that loyalists have been switching allegiances between the two camps. Those who left Akeredolu went to Ajayi while a few that “repented” found their way back to Aketi’s camp. Therefore, it is obvious that if the incumbent fails, his ambitious deputy is largely responsible.

PDP’s candidate, Jegede, has never have it so bright like now in his political career. All odds seem to favour him this time around. While his two main challengers will slug it out in the same camp, he would harness the bulk of his party’s teeming supporters’ votes alone. In addition, the structures of 11 other political parties collapsed into his camp would further boost his chances.

In conclusion, if the INEC and security agents conduct the poll dispassionately, fairly and transparently as promised, Ondo governorship may not be too close to call between Akeredolu and Jegede.

To avoid a riotous contest and bloodletting, people’s votes must count. Ondo State is the home of “no nonsense, no cheating” voters. 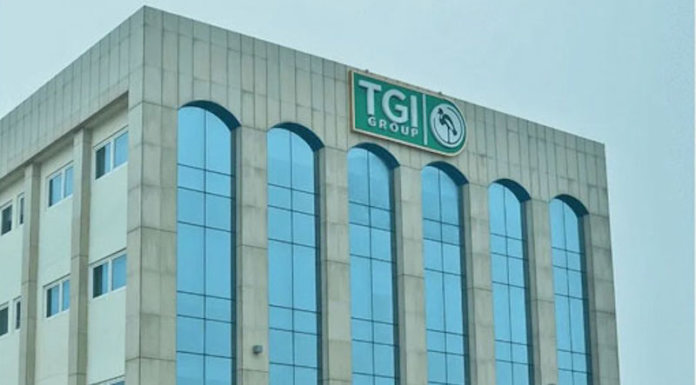