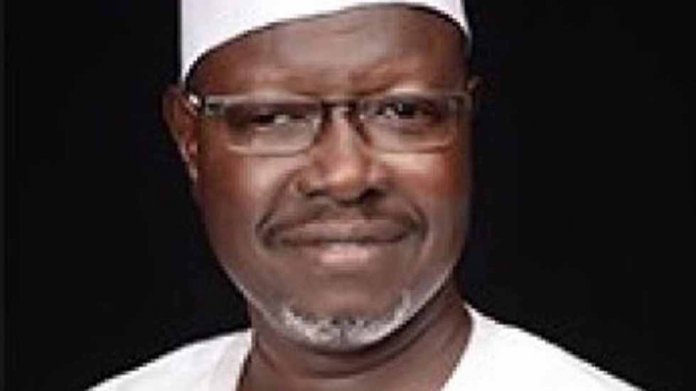 Victor Giwa & Associates, conveyed the demand in a letter addressed to the editor-in-chief of the online platform, dated October 5, 2020, in which the law firm described the reports as “libellous, defamatory and capable of lowering Gana’s reputation in the eyes of the public.”

According to the letter: “The above statements and publications against our client are libelous, defamatory and they are capable of lowering his reputation in the eyes of the public and in the minds of right thinking persons in the society.

“It is on this note that we are urgently making the following demands: That you cause to be made a public apology to our client in two national dailies within 7 days of publication of this notice.

SaharaReporters had, in a series of reports, levelled allegations against Gana, accusing him of fraud, charges the former registrar of NECO has debunked as false and malicious.

“A source told SaharaReporters that the indefinite suspension of the former Registrar, Prof Charles Uwakwe on May 10, 2018 provided Echono the opportunity to closely interfere in the procurement process of the examination council using Alih as his proxy,” it said.

But Victor Giwa & Associates, in their letter, debunked the allegations as lame and manifestly ignorant as the procurement process of NECO or other parastatals does not involve the Permanent Secretary of the Ministry of Education.

The lawyers also noted that all the contracts under Gana’s time were dully awarded and satisfactorily executed, noting that the allegations were “false, malicious, spurious and intended to injure our client’s reputation which he has built for over three decades.”

“It is important to note that our Client is a seasoned public servant and a professional examiner, who has given over thirty-four (34) years to productive public service at various levels of government, and has through dint of hard work, commitment and good service, risen to the level of a director before he was appointed acting Registrar of National Examination Council (NECO).

“Our client has a track record of excellent service and commitment to duty in his public life and he has received various awards and accolades to his credits. It is therefore our position that the said publications against our client are out rightly false, malicious, spurious and intended to injure our client’s reputation which he has built for over three decades” the law firm said.