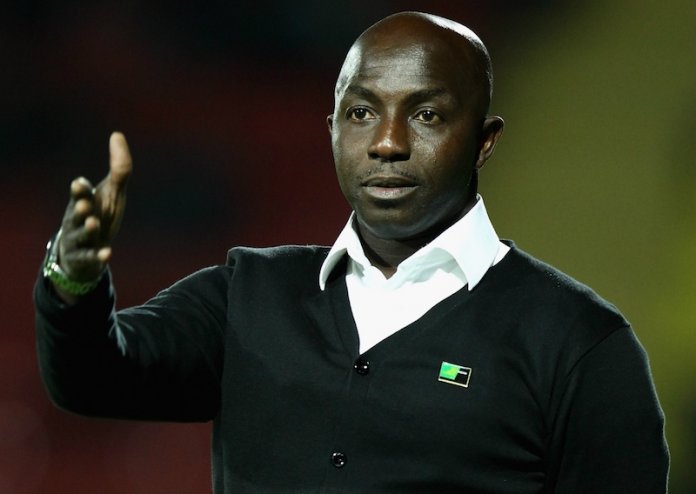 Former Super Eagles Head Coach, Samson Siasia will know today if he will start looking for another job or continue as a gaffer in the beautiful game.

Today in the Swiss capital, the Court of Arbitration for Sports (CAS) will decide in his appeal against the life ban slammed on him by FIFA for an allegation of accepting to fix a match.

Ahead of the ruling by CAS, Siasia restated his innocence in the allegation against him and believes the arbitrators in the Swiss capital will not decide without looking on the merit or otherwise of the FIFA decision on him.

“I am innocent of the crime FIFA is punishing me for. Since my days as a footballer and later coach, I have never ever get myself involved in any shady deal. I remain innocent of the allegation and pray that CAS will right the wrong done to me by FIFA,” observed Siasia to THISDAY yesterday.

In CAS case file released at the weekend, the Siasia’s appeal which is named ‘Samson Siasia v. FIFA, has case number CAS 2019/A/6439.

It is not only Siasia’s matter that is listed for hearing today. Another case involving Pafos FC of Cyprus and Portuguese footballer, v. Nuno Henrique Goncalves Nogueira will also be entertained.

Both cases are listed by CAS which will also in the following day entertain the case of former Liberian FA President and CAF member, Musa Bility who is trying to upturn a FIFA 10-year ban imposed on him last year for allegedly misappropriating funds.

Siasia is appealing against the decision of FIFA that banned him over allegations of attempting to fix an unnamed match.

The former international who is undoubtedly the most decorated coach in the Olympics having led Nigerian teams to winning the silver medal in 2008 and bronze in 2016, is claiming that he was banned without being given a fair hearing.

The case was to have been heard on 19 March, but had to be shifted owing to global lockdown occasioned by the coronavirus pandemic.

Earlier, the world arbitration body on disputes in sports had written Siasia on 27 December 2019 inviting him and FIFA representatives and their witnesses to appear at the hearing scheduled to hold at 9.30 hours Swiss time.