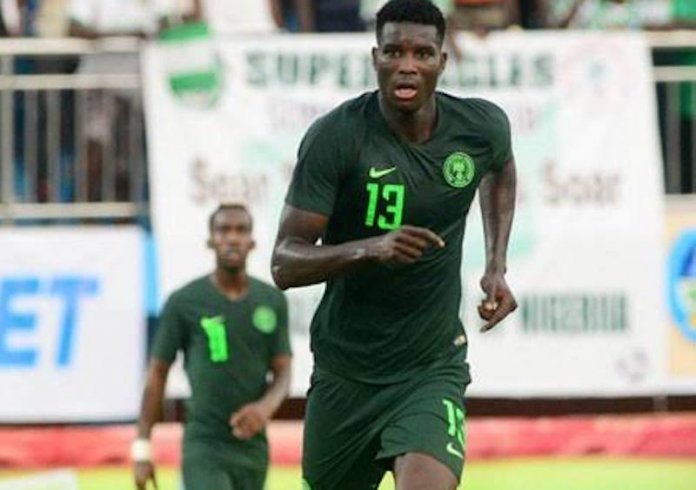 KRC Genk’s forward, Paul Onuachu, has been picked to replace Victor Osimhen in Nigeria’s squad for this week’s international friendlies against Algeria and Tunisia in Austria.

“@victorosimhen9 has been excused from @NGSuperEagles’ games against Algeria and Tunisia. His replacement is Paul Onuachu. #Team9jaStrong #SoarSuperEagles ,” reads a tweet on the official Twitter handle of the NFF.

The lanky forward who scored in his debut for Super Eagles against Egypt in an international friendly in Asaba has been in super form, emerging player of the month of September in the Belgian Jupiler league.

After he was overlooked in some of Nigeria’s games last year due to his indifferent showing at last year’s AFCON in Egypt, Onuachu has bounced back to top reckoning with seven goals in six league matches for Genk in the Belgian top flight this season.

The spike in Covid-19 cases across Europe has been tipped for why the NFF may have excused Osimhen from the international friendlies in Austria.

The entire Napoli squad, including Osimhen are self-isolating for 14 days to guide against the spread of the virus.

Napoli however could not get their fixture with Juventus yesterday postponed despite their scary Covid-19 situation.

According toFootballitalia.com, the Italian topflight league ruling body, Lega Serie A, released a statement on Friday confirming that Juventus versus Napoli must go on.

According to the report, “The Serie A and UEFA protocols state that as long as a team has 13 players, including at least one goalkeeper, the match can go ahead.”

Meanwhile, the Algeria Football Federation has announced that their friendly game against the Super Eagles will be played behind closed doors.

The soccer house confirmed the news via a statement on its official website at the weekend.

The encounter will take place at the Jacques Lemans Arena, Austria on Friday, October 9.

“Due to the many requests it has received on this subject, the Algerian Football Federation (FAF) regrets to inform the general public, in particular the supporters of the Greens established in Europe, that the two matches Algeria – Nigeria (October 9) and Algeria – Mexico (October 13) will take place without the presence of the public (behind closed doors),” reads the statement.

Nigeria face Algeria on Friday, October 9, before they take on Tunisia in another friendly four days later at the same venue.

AFCON 2022 QUALIFIER Osimhen, Etebo, Akpeyi, Others Back for Battle...